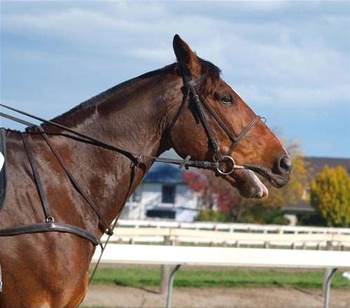 Former Communications Minister Stephen Conroy once praised NBN Co for being so transparent with its rollout data that anyone from the public — with "a little bit of hard work" — could keep score of the project.

The official reason given by NBN Co is quality assurance and trust.

"We want to ensure the NBN Co map is the primary reference for rollout status details, as we cannot guarantee the accuracy of any third party application or website," an NBN Co spokeswoman told iTnews.

"The map is updated weekly, and is therefore the most timely and accurate source of information."

NBN Co's obsession with being the sole and official version of the truth is a response to being routinely usurped by public watchers like MyNBN.info, and the tendency for such unofficial channels to be legitimised and promoted by government.

Early this month, NBN Co killed access to a JavaScript Object Notation (JSON) file that was being used to track the number of premises classified as "passed" but unable to order a retail internet service.

The SC0 classification is contentious because it is thought to be padding NBN Co's premises passed numbers.

Without access to the JSON file, independent oversight of these numbers is no longer possible.

NBN Co revoked access to a further swathe of data files this week.

The activity started on August 27 when public data watcher Monsta took note of the removal of proposed footprint list spreadsheets from the NBN website. These had been published in .XLSX format for every state and territory.

On August 28, NBN Co withdrew the spreadsheet version of its disconnection commencement date plan. A PDF version remains but is much harder to manipulate.

iTnews previously used these spreadsheets to run cross-checks and correlate NBN statistics, including a recent leak of new fibre locations, take-up rates and to track month-to-month rollout progress. Such correlation is now much more difficult.

Today, NBN Co cut access to another two CSV files and a JSON file being used by myNBN.info founder Kenneth Tsang (aka JXeeno) for detailed weekly updates on the rollout status of the network.

Tsang told iTnews that revocation of the CSV files had broken an automated checker and comparison script he was using to compile the weekly rollout status updates, which he posted to the Whirlpool broadband forums.

However, he said myNBN.info would continue to be updated as it relies on a different data source.

The JSON file, meanwhile, had been "used to track and list the availability of retail service providers" in each rollout area, Tsang said.

Such information still shows up on NBN Co's online rollout map, but the underlying data source is no longer publicly exposed or accessible.

NBN Co has made no secret that it views Tsang's use of its rollout data as being outside of the intended purpose of making that data available.

"NBN Co has created a searchable map that shows the estimated roll out progress of the NBN across Australia," an NBN Co spokeswoman said.

"The purpose of this map is to allow individuals and businesses to check when the rollout is coming to them or whether they can already order a service."

However, it is important to note that creative uses of NBN Co's map and rollout data was never a problem until the recent leadership change within the federal communications portfolio.

Conroy championed Tsang's MyNBN.info site at a Senate Estimates hearing in May. (pdf)

"The government and NBN Co are committed to an unprecedented degree of public transparency on the NBN," Conroy said, telling Labor Senator Doug Cameron he'd "be amazed at the amount of information that is freely and publicly available on the rollout of the NBN".

"In fact, the deployment information provided by NBN Co on its website is so comprehensive that a JXeeno, on Whirlpool—and I should congratulate this individual—has created a website called mynbntracker, which enables users to track the detail of the rollout in their area, all using publicly available data.

"It is just remarkable what you can do when you take the time to have a look and do a little bit of hard work. NBN Co's website is a good place to start."

Conroy railed against "consistent criticisms ... that there is more transparency in the Kremlin than there is at NBN Co headquarters".

This month's data purge is hardly helping the cause for greater transparency over the project.

NBN Co is still publishing Ready For Service, construction rollout and points of interconnect plans in formats that are conducive to manipulation. (i.e not just as PDFs).

"There is a wealth of other information about the rollout on our website, including spreadsheets in the access-seeker and industry sections," NBN Co's spokeswoman said.

But this is cold comfort for those that have come to expect a far greater degree of transparency around NBN rollout numbers, and for third party sites soon to be disabled by NBN Co's backend changes.

The days of NBN rollout data-dicing are numbered.