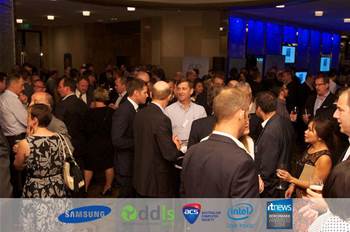 If your technology team has delivered a project of significant value to your organisation during 2014, the team at iTnews are ready to hear from you.

The iTnews Benchmark Awards program is now open. We will be accepting submissions from now until December 1, 2014 for any project or stage of a multi-year project delivered successfully during 2014.

Information about the program is available on our Awards web site. Those familiar with the process can head straight to the submission form.

The Benchmarks provide our team with an opportunity to tell our industry's success stories and for our readers to learn from each other’s wins.

These awards are voted by our editorial staff and in turn by your peers on the basis of proven delivery and technology leadership.

I’d like to once again thank our sponsors for backing the awards without seeking to wield influence over its independence and credibility. We’re inundated with little frauds in this industry - plenty of them in the 'awards' basket -  and it matters to our journalists that the Benchmarks is something we can hang our hat on as worth working hard for.

Special thanks to The Australian Computer Society, Dimension Data Learning Solutions, Intel and Samsung, each of whom have committed to sponsoring the Awards since their inception. Your continued support is a strong endorsement of the program. We're pleased to also welcome Compuware as a new sponsor.

We look forward to coming together to celebrate the industry's achievements, honour the finalists and crown the CIO of the Year at the Gala Dinner of the CIO Strategy Summit on February 11, 2015 at Melbourne’s Grand Hyatt Hotel.