Clever design can save you money on cloud interconnect 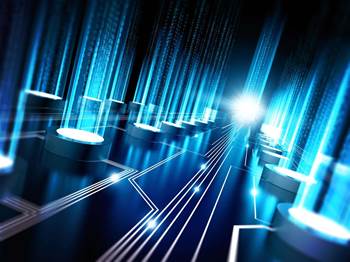 When you see the word 'internet', odds are you think of the public internet, the battleground of net neutrality and data retention.

But there is another side to the internet that runs quietly in the background, in parallel to this public or consumer internet: business internet.

At the recent launch of data centre provider Equinix’s Melbourne site, ME1, the company's APAC boss Samuel Lee [unsurprisingly] made much of the pitfalls of consumer internet.

But he rightfully pointed out that individual consumers are not as concerned about security and uptime as are enterprise technology groups.

“If it goes down for 30 minutes, it’s no big deal as an individual, but when you’re running an enterprise application, if you are the CIO, you cannot let it go down," he said.

The modern marvel of cloud computing arose because of the ability to house computing resources in a remote data centre somewhere out there on a functionally ubiquitous internet, and to provide software functionality as a remotely accessed service. Netflix and Salesforce would simply not have a business without it.

Yet the network is an oft-overlooked part of the cloud computing decision.

The compute capabilities of the various cloud providers may be a commodity, more or less, but the data on which the calculations are performed most definitely is not.

Getting your data to that compute requires a network of some kind. It may be as short as the DMA bus connected to the CPU, or as long and complex as the public internet, but these are all networks, and not all networks are created equal.

It is a deep irony that now that organisations have come to depend on as-a-service applications to run their businesses, the public internet is now deemed, by some at least, as not up to the job.

Equinix's Lee pointed out that "[if] you go through the public internet to connect to these clouds, you've lost security, you've lost performance control, and as CIO, you would never want to do that".

And so we have private networks that connect cloud services to the businesses that use them. AWS has DirectConnect, Microsoft Azure has ExpressRoute, Google has Interconnect.

But these dedicated cloud connection networks also exist because moving any substantial amount of data takes time (try moving 200GB of backup data over ADSL). They aim to make it easier to get data from your systems into the cloud, though getting the data out again can cost you.

Both AWS and Google charge by the gigabyte to send data out of their services, while sending data in is free. Microsoft Azure bucks the trend by making both ingress and egress data free, but the service itself costs more to rent.

Figuring out what your costs are likely to be is far from a simple exercise, but not doing it could cost you big bucks.

Unless you move everything to cloud all at once, and all into a single cloud at that, some of your data will remain on-site, and will require networks to move it around.

Cloud providers encourage you to keep all your data with them, because intra-cloud movement is generally free, but as soon as you go multi-cloud, the costs add up. If you need to bring data back on-site for processing, that’s egress and you’ll be charged.

The key is to look closely at the data, not just the servers or the applications, but the data they use to provide services.

Systems that use the same, or similar, data should be collected together in modules. If the modules need to transfer a lot of data between each other, they should be placed close to each other, not some on-site and some in the cloud, or in different clouds.

If the modules are more loosely coupled, requiring less data transfer between them, then you open up more options for where to put them because they don’t all need to be close to each other.

A few clever redesigns might save you plenty of time and money shipping data around, and make investments in cloud even more attractive.

You could also take advantage of cheaper networking options, like encrypted tunnels over public internet, instead of having to pay a premium for private business internet or storage co-location.

You’ll save a bunch of money, and get the benefits of cloud at the same time