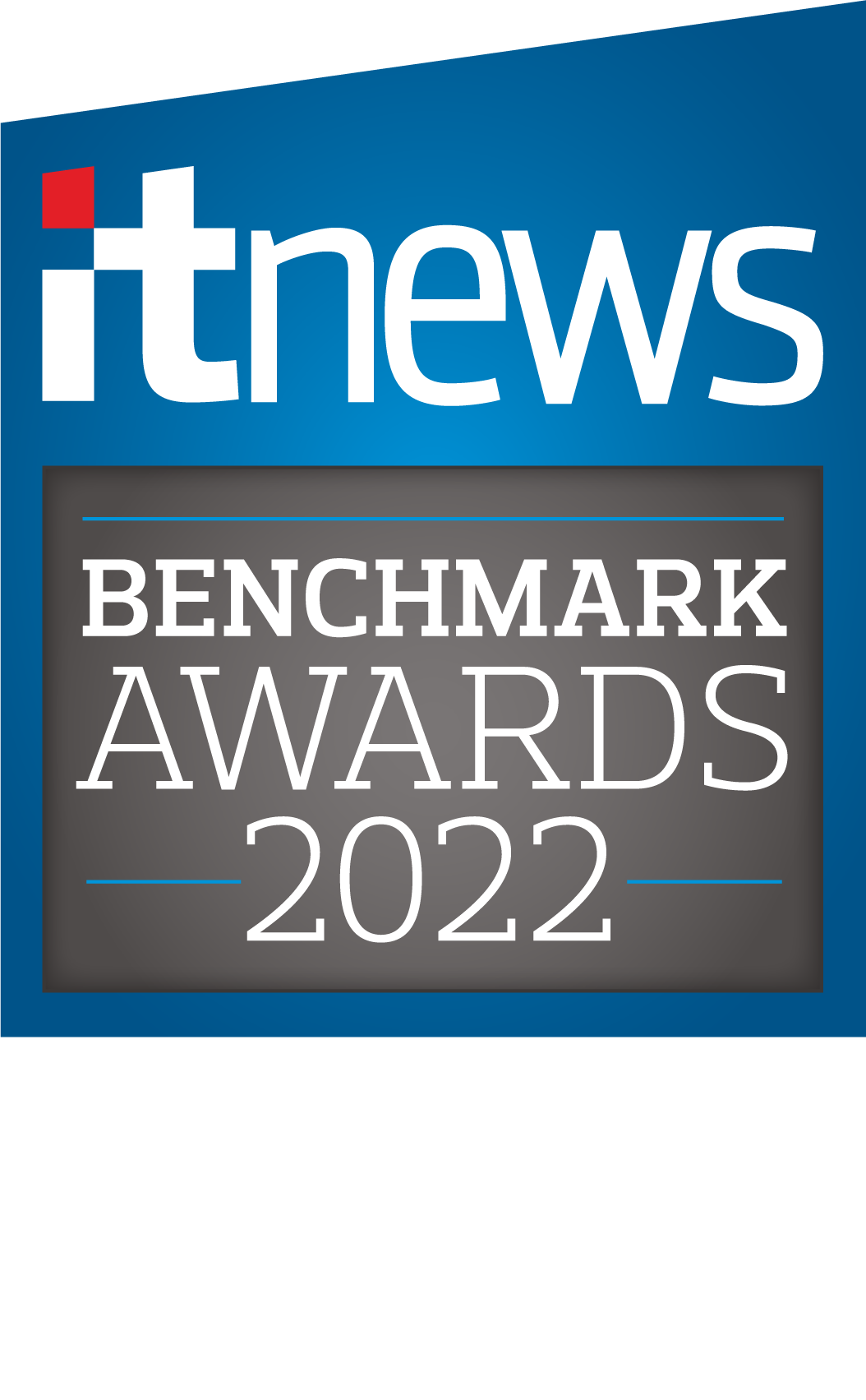 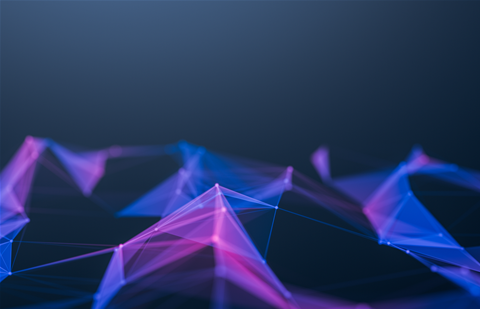 Rather than simplifying processes to cope with rapid change, business should manage complexity with automation and cognitive tools.

As the rollout of Australia’s national broadband network comes to its conclusion, thousands of Australians have experienced frustration as services don’t immediately work, promised technician visits don’t eventuate and none of the entities involved take full responsibility.

Jon Stone has some insights into why this happens.

Stone is a partner in KPMG Digital Delta, the digital transformation arm of the “Big Four” professional services firm, and on a recent engagement in the telecommunications sector conducted a process mapping exercise to better understand order-to-activation workflows.

“The process map was so complex that once we put it on paper, it went all the way around a boardroom,” he said. “It had hundreds of steps and more than half of them could cause failure to the whole process.”

Stone and his team approached the task of building a better process by recognising that even businesses as large as Australia’s top telcos can’t easily address every sub-optimal aspect of a business process.

“It’s about re-imagining and re-framing the problem you are trying to solve and using alternative approaches and techniques to deliver improvement,” Stone said. “When faced with large-scale complex processes, we find that alternative approaches such as deploying an ‘intelligent wrapper’ around the process enabled experimentation with alternative sequences of steps, providing agility and efficiency without having to wait for a core system to be refreshed”.

But that process can’t assume that addressing one issue or one step would be enough.

“The reality is that things change faster than they have previously,” Stone said, offering the example of multi, or omni-channel customer service as a demonstration of the pace of change.

“In the past few years we’ve gone from one or two channels to several. Now in digital, we have 40 or 50 channels.”

New channels appear frequently. In 2011 Apple introduced the Siri voice assistant to its iPhone. Google and Microsoft followed with their own offerings. Most of the billion smartphones sold every year now include a voice assistant.

Amazon.com debuted its Alexa assistant and smart speaker in November 2014. As of late 2019, smart speakers sell at a rate of over 100-million-a-year according to analyst firm Canalys, which rates Amazon.com as the leading vendor ahead of Alibaba, Baidu, Google and Xiaomi.

Each of those vendors’ smart speakers offers brands a chance to build a voice-driven channel to interact with customers, either by responding to spoken searches or by building voice-driven services. Yet each smart speaker brand offers a distinct technology ecosystem to build and operate those channels.

Businesses that establish siloed technology to address each of those technology ecosystems will struggle to do the transformation work that lets them tackle challenges like reforming complex processes.

So Stone recommends an approach that lets business build core functions that can be widely applied.

“If you have personalisation it has to be built outside the channel,” he recommends.

“That means modern architectures like micro services and APIs to design for that complexity. It has become cost prohibitive to constantly update applications. So instead think about the channels you work in and business logic.”

“Rather than simplify, manage complexity with automation and cognitive tools,” he added.

Australia’s big two supermarkets have already started on their automation-fuelled journey into new channels and greater personalisation. Woolworths’ WooliesX skunkworks has created a discrete team of technologists and data scientists who have combined its data capabilities, loyalty program and financial services, to create offerings such as a subscription delivery service and net promoter score that rates both in-store and online experiences for the same customer.

Coles encouraged online shoppers to link their FlyBuys accounts, then populated their virtual orders with most-purchased items from visits to physical supermarkets. The result was an 80 percent reduction in the time take to complete a first online order, an improvement in the shopping experience bound to ensure repeat visits in that channel. The retailer also connected Uber and AirTasker to its supermarkets, offering shoppers new delivery options.

Another example of automation and cognitive tools delivering more personalised experiences – and better business outcomes – can be found at Queensland’s Office of State Revenue (OSR).

“The Revenue Office is a regulator, we’ve got governing legislation on all taxes and standing back asking, ‘how could we do this better for our taxpayers?’ isn’t always an easy question to ask,” OSR Commissioner Liz Goli explained in a September 2019 Queensland Government innovation showcase.

“As part of our transformation journey, we asked ourselves this question and addressed some of the questions that underpin our core business such as, ‘why do some taxpayers pay on time, but others don’t?’”

Machine learning contributed to a solution, allowing OSR to “make the links between cause and effect of client behaviour, allowing us to be proactive in our responses and personalised in our treatment,” Goli said. “We discovered the machine learning solution had the ability to transform client services, by allowing us to visualise data and by surfacing key events and influences on client behaviour.”

Machine learning has proven so effective it has achieved 71 percent accuracy when asked to predict taxpayers at risk of defaulting.

Queensland Treasury’s 18/19 annual report (pdf) made another prediction, suggesting “The business value of this solution will be significant, as it will provide the ability to deploy proactive intervention strategy to reduce the number of taxpayers becoming debtors; and provide management strategies tailored to individual taxpayers’ circumstances.”

Queensland has also automated payroll tax inquires with an AI-driven virtual assistant named “Sam” that “was able to resolve 77 percent of queries at first contact, which is above the industry standard of 65 per cent.” Sam was so successful it now answers questions for all lines of revenue, and has been applauded for saving time, improving efficiency and raising revenue.

Both “Sam” and the default-finding AI started as pilots.

KPMG’s Stone thinks that as organisations develop the flexible infrastructure that lets them quickly adopt new services or test products without massive investment, opportunities will flow.

“Organisations can re-imagine and re-design their approach by using human-centred design principles that considers the human element of digital first” he said, citing QANTAS’ replacement of check-in queues with automated boarding pass issuance and luggage loading.

He used a recent personal experience of attempting to address road safety at level crossings as another example of the possibilities on offer.

“In one State alone they have 1,200 unprotected level crossings. This is a very significant physical problem. The cost of installing mechanical protection and electronic boom gates is huge. But what if we could put smart sensors in trains and roads? Then we could optimise the movement of trains and vehicles to lower the risk of an accident,” Stone said.

Such a solution could eventually result in the virtualisation of the physical traffic lights, by transitioning from fixed infrastructure on the side of the road into the vehicles themselves through a re-imagined digital representation of the traditional traffic light system.

“Reimagining business today often means combining the power of these new technologies with a deep understanding of how we as people behave and adapt to the change.  We need to use a different mindset and re-frame the problem we are solving, because now the technology is there, the connectivity is there, and most importantly,  it is now much more affordable.”

“There’s a whole different set of ingredients we never used to have, and they’re just waiting to be brought to bear when organisations get the foundations and their thinking right.”