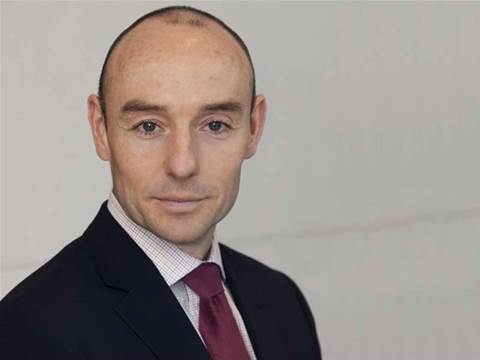 Encourages the use of Skype, FaceTime in the interim.

Zurich Australia is looking to bring together voice recordings, fraud analysis and videoconferencing on a “social business platform” that will be extended to its trusted business partners.

The insurer will run a proof-of-concept trial of an integrated collaboration and customer relationship management (CRM) solution this year, with a view to deploying a full platform next year.

The platform is intended to provide data, training resources, videoconferencing, and other social collaboration tools to staff and Zurich’s “platinum” insurance advisors.

Zurich Australia relies on a partner network of brokers and financial advisors to bring its general and life insurance products to individuals and businesses in the country.

“One of the things we’ve noted is that whenever we had an [in-house] underwriter speak to an [external] advisor, we had a noticeable uptake of sales,” chief information officer Scott Watters said.

“Because that takes a lot of time – having underwriters travel around to visit advisors – we’ve switched it around to videoconferencing and that has worked very well.”

Zurich initially invited its advisors to use high-end Polycom videoconferencing units in Zurich branch offices to connect with underwriters who were headquartered in North Sydney.

But that still required advisors to travel, Watters said, noting that the insurer aimed “to encourage underwriters and advisors to talk to each other more regularly”.

When the social business platform is established, Zurich will invite platinum advisors to sign up to receive “privileged services” that will allow them to reach Zurich staff and resources online.

“You need to do it that way,” Watters told iTnews at a CSC customer event this week. “If you’re not reacting or responding quickly, you lose business.”

Watters said the company had yet to decide on which CRM and collaboration software to deploy, highlighting salesforce.com-Chatter and Oracle OnDemand-Jive combinations as possibilities.

In the interim, he said Zurich had encouraged staff and partners to use Skype and Apple’s FaceTime, typically used for consumer-grade video chat.

“We’re using Skype but in a limited way because there are security risks,” Watters said. “That has been working very well.

“We’re open to using anything, Skype or FaceTime, or whatever it is. It’s just a tool for doing video conferencing with a non-Zurich person.”

For internal staff, Zurich’s social business platform will also serve up a wealth of data from a number of local and international projects that have taken place in the past year.

The global firm has collected data from half its international arms in a Swiss data centre to determine the effect of natural disasters on the group’s finances and detect fraud trends.

“It just means getting access to data a lot more quickly than you could in the past,” he explained.

“As a flood hits Queensland, [Zurich in] Switzerland can open up Google Maps and see what the worst case payouts might be from a claims point of view, depending on the flood data.

“We basically submit a lot of data up from all our systems to Switzerland, where they do a lot of analysis and processing, and submit the results back to us.

“The fraud stuff is about fraudulent claims. As a global company, we have claims all over the world,” he said, highlighting the benefits of correlating global trends.

“For example, a lot of motor fraud tends to happen during the weekend, because that’s when people get their friends together to try and create an incident.

“Little things like that are very relevant, no matter where you are in the world. So by using more data, we can hopefully pick up more trends.

Read on to page two to find out how Zurich will use its data stores to improve customer service.

CIO Watters told the CSC conference this week that Zurich was “scratching the surface” of big data, with no immediate plans to use Hadoop to customise products, unlike efforts at Commonwealth Bank and Citigroup.

“I haven’t looked at [using Hadoop to price products] yet. Some of that technology is more around getting analysis out of unstructured data, so later on I would,” he told iTnews.

Watters said Zurich was trialling voice-to-data conversion technology to extract more value from its underwriting conversations with customers, and would likely decide on that technology by the end of June.

“The immediate benefit I saw [from voice-to-data conversion] is that whenever we have a query, someone has to search through tapes to find a conversation to listen to it,” he said, explaining that Zurich retained voice recordings for up to 80 years.

“If I can convert that to data, they can search through it more quickly.

“I thought, instead of just doing that, why don’t we correlate the information that we find in that data and feedback we get from advisors, and try to link it together to find pain points and hopefully improve the service?

“The beauty of what technology gives us now is we can get that information,” he said.

“Traditionally, it was all through complaints or feedback and we had to collect so much data together. But now, there’re better tools for trawling through that data to get the information you want.”

Watters said the insurer would incorporate helpdesk calls, social media, email within its CRM systems in efforts to improve things like the “underwriting experience or products”.

“[The upcoming social platform is] key to my strategy in terms of collecting all the data on that channel and combining it with all the data that’s coming into it from a voice point of view,” he said.

“That’s the beginning of our big data journey in terms of collecting all the data.”