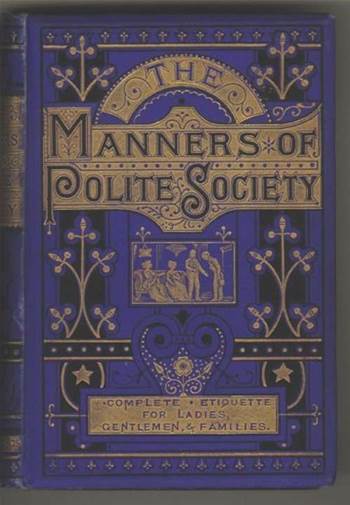 Golden rules to enhance your online reputation and influence.

Just about everyone I meet these days says they are a "social media expert".

Maybe it's because I mix in the rarefied air of information elites to whom to tweet is to be. Or maybe it's an indication that social media is already past its use-by date.

Perhaps, like Joseph Kennedy, I should be skeptical when I see shoe shines tweeting from their iPhones. (Kennedy knew it was time to get out of the stock market in 1929 when a shoe shine gave him market tips; he went on to build the most powerful political dynasty in America on the proceeds of that insight.)

For the three of you reading this piece who are not experts, or even know or care about the subject, let me bring you up to spin.

Humans have been engaged in social media, known in earlier times as socialising, since they started colluding to influence their surroundings. Evidence of this dating back 40,000 years is still on rock walls in places such as Kakadu in Australia's north and traces to the caves linked to Aurignacion culture in Europe and parts of Asia.

Back then, social media consisted of shamans and mystics gathering the tribe around the paintings to recount great hunts, cast spells over wandering herds, induct members into the ways of the tribe and conduct religious ceremonies.

Fast forward to the age of Facebook, Twitter and LinkedIn and it's easy to see how the aims of such ancient ways of interacting translate to today's global, information society. It's still about how your reputation influences those around you and the environment your network inhabits.

Recent converts may be surprised to read that even in the modern context, social media as concept traces back nearly 40 years to work by media theorist Marshall McLuhan and futurist Alvin Toffler. They popularised the notion of the "prosumer" - or a consumer who aided by technology would become a producer of media.

And anyone who remembers the early days of online communities such as the BBS Fidonet echoes, internet relay chat, e-mail listgroups, CompuServe, Usenet forums and the beginning of instant messaging such as the Mirabilis protocol (ICQ, AOL Instant Messenger) may think all this chatter over twittering a bit of a titter.

But they would be wrong. Although many of the principles of those earlier experiences are relevant today, the global spread and influence of newer social-media forms coupled to always-on, high-bandwidth networks and devices with augmented capabilities such as multimedia radically changes its impact and immediacy.

Those earlier online social communities once had rules for the road or etiquette guides to help new travellers find their way. As you can see from the photo on this page from the Rare Book Collection at Monash University's library, they borrowed their essence from established human need to fit in but in a social-media context where relationships are moderated among peers without reference to a higher power the need for civility is even greater.

There was a time when you could get into a flame war (an acrimonious online dispute) with someone and still go about your daily duties. Your online and real-world personas were separate. Today, your online persona is a metaphysical virus that infects your corporeal reality often without your knowledge.

Consider that in a recent US survey of 2667 human resources professionals, the lads and lasses who hire and fire, 45 percent said they use social media sites to screen candidates. More than a third disqualified candidates based on their online identity.

At the e-Crime Symposium in Sydney last month, speaker and Handshake Media principal Rachel Dixon told the story of how "Maggie", a talented web designer, can't get a job because of a flame war in which she was involved years ago as a teen.

So while the rules of the road have scarcely changed in thousands of years, the fines have substantially increased. So it's more important than ever to follow an etiquette when dealing online.

Twitter and Facebook may follow the likes of Usenet, Geocities, Friendster, Aimster and other social media platforms that waxed and waned in popularity but this starter's guide to online social etiquette will show you how to safely engage in online conversation regardless of the platform.

Much of this won't be new to many, some information was culled and adapted from existing online etiquette guides and much added from those in my social media networks.

Rule 1: No one wins a flame war

There was a time, in the heyday of the Fidonet echomail forum Life, the Universe and Everything, when forum posters could indulge in online conversational blood sport and then go about their daily activities, hold down jobs, raise families and generally show their faces in public.

Even if you "win", it will likely be a pyrrhic victory because your online identy dogs your corporeal self.

Be aware that some people ("trolls") bait others; don't rise to it. Consider everything posted about you, even if you weren't the author, to have a direct, immediate and lasting impact on your personal and professional lives.

Rule 2: You are judged by the company you keep

As ancient tribes gathered for succour and shelter, cliques formed and power plays ensued. You are rated by the people you choose to reveal to be part of your network so choose wisely and strategically.

Your network should enhance your understanding and enrich your life.

Some are like Fowles' Frederick Clegg to whom collecting is an obsession and end in itself but your network isn't a score card; it's not how many people to whom you connect that's a measure of your network's value, it's the value they bring to your network that's important.

An intimate gathering of cherished minds delivers greater value and influence than thousands of those whose opinions have no weight or import.

Regularly and ruthlessly prune those who don't continually add value or who in other areas of life bring themselves into disrepute with you.

Acknowledge and credit those who enhance your network through their posts or other activities. Forward their thoughts to those who would benefit from them.

Rule 5: Just between us

Know when to keep something private and when to make it public.

Not everyone wants to know what brand of coffee you drink (unless, perhaps, that's your business and why people join your network). Closely allied to Rule 4, it may be useful to sometimes echo a post to your whole network but other times you may like to forward a particular snippit directly and privately to an individual or subset of your network.

And for security reasons you should keep private information - yours and that belonging to others - to yourself and not relay it on electronic networks without appropriate security controls. That includes but isn't limited to private phone numbers and online credentials, sensitive photos and multimedia.

That information can be used to hack an identity.

We all wear, in the Joseph Campbell sense, a variety of masks. Some of us are comfortable presenting just one face to the world but for most a different mask is appropriate depending on the situation. Know why you are socialising and choose the appropriate mask or online identity for the circumstance.

Rule 7: It will be used against you

Notwithstanding rules five and six, assume everything you post can and will be used against you especially if it is sent in the clear (unencrypted) on public networks. If in doubt, make a phone call or meet in an underground car park under the veil of darkness.

Read on to understand how you can argue yet keep it civil ...

It's easy to take a comment the wrong way and even the use of emoticons, those :) smiley faces, don't always convey the correct intent.

And social media is global so customs and accepted behaviours vary wildly through the world.

When in doubt, ask politely for clarification. Otherwise, just let any slight, real or inferred, slide. It's not worth breaking Rule 1.

Rule 9: No one likes a grammar and spelling vulture ...

... But the quality of your expression will influence people towards your point of view.

We've all said and done things we regretted later. But online it may last forever.

Hold your fire on questionable comments and be careful of entering heated conversations (ie flame wars).

And even well-meaning banter may be taken out of context so consider everything you say to be taken literally.

Rule 12: Enjoy another's right to disagree with you

Be like Mark Twain - be prepared to entertain an idea without having to agree with it. Some of the most interesting discussions are those that test your reality. Some of the best friendships are based on mutual respect for another's point of view even when it isn't one with which you agree.

It's often better not to reply than to reply with an autoresponder or "bot". If you respond to a post, be honest, fair and considerate.

As Gutnick v Dow Jones proved, offence is incurred where it is taken not where a post is made. You may be sued, prosecuted, extradited and imprisoned under the laws of a foreign country even though in your own what you posted was legal. Be sensitive to jurisdictions. Refer to Rule 11 if in doubt.

Don't swear, use racist or sexist epithets, taunt or bully others. Play nicely.

Nate Cochrane has been involved in social media forums since he went online in 1983. He founded and moderated the ITLizard e-mail listgroup for Australia's IT journalists for 10 years from 1997. He thanks his social-media network including RuthAnn Hogue, Christian Heinrich, Jennifer Leggio and Sarah Mitchell for their ideas.

But it doesn't end here! This is a work in progress. Add your thoughts to the comments below and encourage others to visit and share their ideas so we can develop this etiquette guide to keep it current with social media trends.