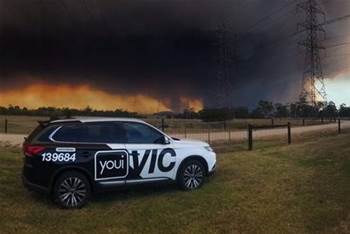 Youi Insurance has automated its response to the ongoing health crisis, from allocating resources so staff can work from home to ensuring office spaces remain clean and safe when they return.

Youi knowledge and information specialist Chris Harding said that, as a predominantly online and call-centre based company, suddenly having over 70 percent of staff working from home required quick thinking from the company’s IT team.

Harding told iTnews that apps automated resource allocation for the shift to working from home, helping control where and when staff picked up everything from “desks, computers, dongles or VPN cards or whatever it is that people needed”.

“And then it's also enabled us, when it's come to re-entry into the workplace, we’ve again been able to automate that and use technology to help determine where people should sit, and what time they should come back in and rotate them and move them through their teams.”

Going even further, the team was able to automatically allocate different teams into separate zones on the days they would head into the office, adjusting air conditioning, elevator use and parking allocations to limit the chance of cross contamination.

Advisors and team managers were also able to use Microsoft Teams to remotely step in and do “manual overrides” of certain activities to ensure regulatory processes were followed.

One of the more difficult elements of the change, however, was ensuring the data for all the automated activities was correctly sourced, protected and used according to the stringent regulatory practices in the insurance sector.

Harding said that testing those requirements was one of the hardest parts of the change management program, but that Power Apps’ low-code design structure and workflow visualisations made it easier to understand where data was coming from and where it ended up.

She added that being a largely Microsoft-based organisation naturally influenced the way automation and communication was handled during this time, but in some regards it was also down to luck.

“We had just run a hackathon in February, at which time a couple of the teams in the hackathon really got into Power Apps - and that was the first time that we'd really made that available and it became really known just how powerful it is.

“A couple of those people really took to it and when it came to the ability to automate, they knew that it had the capacity to do it and it just made it so much simpler.”

The other bit of good luck was that the team that competed in the hackathon was sitting next to the team organising the resource allocation and other emergency response functions when the pandemic hit.

Harding said that, in hindsight, she doesn’t think any other manual or digital processes could have been stood up as quickly or as effectively, with the insurer saving 10.3 weeks worth of work on automated emails alone.

The speed with which these changes were introduced also helped Youi’s IT team focus on customer-facing initiatives such as financial support and adjustments to vehicle insurance policies as customers drastically reduced trips into the office or started avoiding public transport.