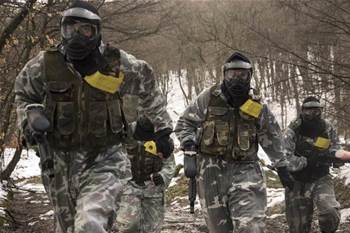 Public servants are routinely accused of seeking to minimise their shortcomings when it comes to technology execution.

After all, what Senate Estimates hearing is complete without a tooth-pulling inquisition by tech illiterate pollies into how late a major software rollout is running or how far it will blow its budget?

ATO Change Program? Just a couple of minor adjustments. Immigration’s Systems for People? There was no way of predicting … Census? It’ll be right on the night.

You know the story.

So, what would be the chances of public servants voluntarily turning-up and offering warts-and-all confessions of their worst tech atrocities for other to learn from?

Especially when candour and contrition are, as they say, are often seen as weaknesses in Australia’s adversarial political process, where points-scoring over project failures is as endemic as bureaucrats taking hostile questions on notice to avoid a nasty TV and radio sound-bite.

It might sound like a script from a Maoist show trial, but iTnews could scarcely believe its eyes when we stumbled across what looks to be the pinnacle of confessionals for public sector tech wreck confessionals.

Of course, it’s not the kind of brash branding opportunity the likes of PM&C, Treasury let alone Human Services would sign-up to. And let’s face it, no minister’s chief of staff or departmental liaison has ever been won-over by the offer of candid admissions of error.

So what. Book the coast to coast tour we say.

In case you're in doubt, there’s no think tank or corporate sponsor riding this baby; it's a brave sole effort that's up there with the Dark Mofo winter solstice skinny dip in terms of sheer shivers.

We love the idea.

At this stage we have to hat-tip The Mandarin’s eagle-eyed and erudite Associate Editor Steve Easton who unearthed what would have otherwise been a kinda hip, underground piece of public sector tech burlesque.

No ministers, no media, no flamethrower wielding social media crusaders  or public affairs hacks… just the opportunity to know that, well, sometimes everyone has a project that just goes to shit.

“Join us at the Australian National University for an afternoon of open and honest stories of the lessons learned from failure, told by three senior executives from the federal government. Drinks and nibbles will be provided,” the Public Sector Innovation Network implores.

So what’s the catch?

Well, sadly (we say this out of pure self-interest), you need to be a public servant to attend the inner sanctum of taxpayer funded project failure pr0n. We’re assuming this is because there will be some very explicit observations. We highly doubt Robo Debt will be a subject.

We give it one year before the reality TV rights are in the market.