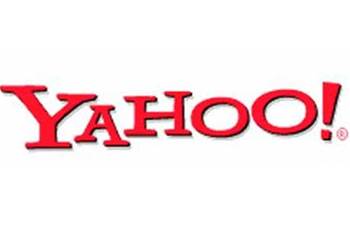 Could be a win in name only.

Digital media company Yahoo has ended a three-year legal battle against a team of spammers, winning a default judgment of $US610 million ($A605 million).

The defendants – a group of Thai and Nigerian individuals and corporations – had been charged with running a lottery fraud scam for several years, in which hoax emails purportedly from Yahoo were sent informing recipients they had won large sums of money. When someone responded, they were sent back a message informing them they needed to pay a fee prior to collecting their winnings.

The emails intended to establish credibility by counterfeiting the Yahoo name and trademark, and thus mislead recipients into believing that the messages were sent or authorised by the web giant, the memorandum order stated.

"Yahoo takes the protection if its users and its brand very seriously," Christian Dowell, legal director, global brand protection, wrote in a statement. "Our ultimate goal is to ensure that users continue to trust Yahoo as a leading U.S. email provider."

The ruling was issued by a federal district court judge in New York on Dec. 5.

Yahoo customers first brought the fraud to the site's attention in November 2006. Yahoo was then able to identify the defendants through internet records, but not before more than 11.6 million hoax lottery emails were cataloged as being sent via Yahoo Mail through May 2009.

The court ultimately sided with Yahoo in its claim that the company's trademark had been violated under the CAN-SPAM Act, and awarded the search giant $583 million ($50 for each of the estimated 11.6 million lottery emails sent). A further $27 million was awarded for trademark infringement.

New York district court judge, Laura Taylor Swain in her ruling wrote that "a large damages award would have a deterrent effect on both defendants and other would-be perpetrators of a similar scheme." However, she also noted that there's no indication Yahoo will actually receive compensation.

"Defendants have never responded in this action or appeared before the court, much less cooperated with the court," Judge Swain wrote.

Got a news tip for our journalists? Share it with us anonymously here.
Copyright © SC Magazine, US edition
Tags:
securityyahoo