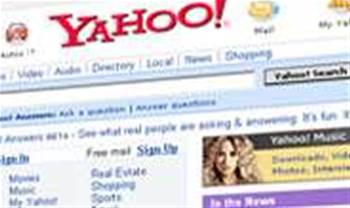 Yahoo is touting the early success of its Build Your Own Search (BOSS) search service.

The company cited numbers from research firm ComScore in claiming that the Build Your Own Search Service (BOSS) API had become the fifth most popular search engine on the web.

First launched in July, the BOSS system is an API which allows users to run the Yahoo search engine as an internal search system for their own sites.

Since its launch, Yahoo said that BOSS has grown into a system which serves more than ten million searches per day. The number places BOSS just behind Ask.com in the overall search engine rankings.

The ranking does not factor in searches from Yahoo's primary search engine, only those performed on third party sites running the API.

In a company blog posting, BOSS development team member Bill Michels said that the figure was encouraging to the developers behind the program.

"10 million in and of itself isn't particularly significant, but we're sharing it because we believe growing to more than 100 queries a second in just over 5 months says something about the demand for an open search platform," Michels wrote.

Word of BOSS' success is a welcome bit of good news for Yahoo. The company has struggled in recent months with a round of layoffs, the departure of chief executive Jerry Yang and a fresh bout of takeover rumors.

Got a news tip for our journalists? Share it with us anonymously here.
Copyright ©v3.co.uk
Tags:
bosscompanyenginesearchsoftwaresystemyahoo