Xbox Live a goldmine for hackers 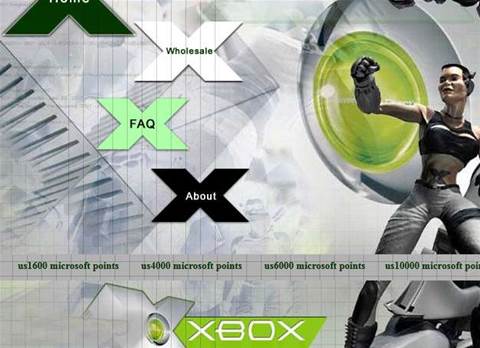 Fraudsters have etched out a goldmine grey market from Xbox Live by selling hacked gaming profiles loaded with Microsoft Points.

SC Magazine has visited dozens of lawless auction and retail sites that are freely selling Microsoft Points for a fraction of the cost charged by Xbox Live.

According to numerous victim reports, the fraud begins when Xbox Live profiles are hacked. Precisely how the Xbox profiles are hacked remains a mystery. Many victims claim to have not fallen victim to phishing and Microsoft says it is not aware of vulnerabilities in Xbox Live.

Once hacked, the profiles are then loaded with Microsoft Points purchased using credit card and PayPal details that stored with the profiles.

The Microsoft Points are then transferred to the new accounts which are sold for bargain prices online.

Many profiles appear to be stolen from victims in the US and Britain, but the underground sellers have told SC Magazine that the profiles have been purchased and used by Australian Xbox gamers.

The illegal trade in hacked profiles is nothing new. Hacked profiles have been sold off for years, but it appears the issue is reaching fever pitch with some gamers publicly blogging about what they say is Microsoft’s lacklustre efforts to help them reclaim their stolen profiles.

One victim, tweeting under ladyelysium, told of how Microsoft failed to deactivate her stolen profile for a week as she watched hackers spend hundreds of dollars from her bank account on Microsoft Points. She even contacted a user who had purchased a profile to which the Microsoft Points were transferred and was told that the profile was purchased from Polish auction site allegro.pl.

Microsoft was contacted for comment. So far the software giant has maintained that the problem is not with Xbox Live, and had worked with victims to resolve the problems.

A similar underground grey market is operating within FIFA 12 in which hacked accounts are used to trade points bought online.

However Electronic Arts told GiantBomb that it had not “seen a spike or increase in reports of FIFA 12 players having their accounts hacked”.