Woolworths writes down millions in IT assets 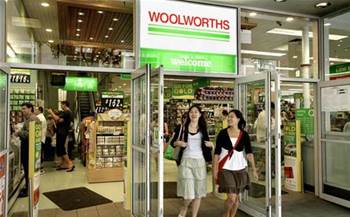 Woolworths will let go 500 workers across its support office and supply chain network and write down millions in IT assets as new chief executive officer Brad Banducci introduces a restructured operating model.

Banducci today announced the results of his review into the Woolworths operating model, instigated following his February appointment as CEO.

He will bring 1000 workers out from the group office into the business, and split out the online EziBuy business - which had been integrated into Big W as part of former CEO Grant O'Brien's $1 billion Mercury 2 project - for potential sale.

But Banducci today announced millions in write-offs for Mercury 2 initiatives that are "no longer being pursued". Combined with the impairment of assets from the upcoming closure of its Hume Distribution Centre, the cost of the write-downs comes in at $40 million.

Woolworths will also bear costs of $80 million related to the impairment of unspecified IT platform assets and other "strategic initiatives" it has decided not to pursue.

Banducci told investors most of the writedowns related to digital assets, specifically investments made in building digital platforms for a new "marketplace" business that the group recently ditched in favour of focusing on the online performance of its individual brands.

Woolworths has been struggling with supplier relationships during its most recent quarter due to issues with the performance of its replenishment and inventory systems.

Banducci today revealed the cause of the performance issues had been a fire emergency drill, conducted in May, at its Eastern Creek data centre which shut down the facility.

"That caused some ramifications for us, both in our replenishment systems and in a basic data collection sense" throughout May and into June, he said.

"That's now fixed and the data centre is back where it needs to be."

Supplier relationships have also been strained over the last year as a result of Woolworth's troubled six-year, $200 million rollout of SAP for its merchandising systems.

When the platform went live for Big W mid-last year, the store was unable to process orders for suppliers, leaving empty shelves and millions in lost sales.

Banducci today said the group was "still in the process" of implementing the new software but he claimed to have seen a "material improvement in performance".

The CEO also revealed 500 workers from the support office and supply chain will be let go to "streamline" its shared services, and indicated other non-customer facing roles would also be under review throughout the business. The cost of the redundancies is $35 million.

"While we have had to make some tough decisions and this has ramifications for many of our team, we are confident we are putting in place solid foundations for the future and early results give us confidence we are on the right track," Banducci said in a statement.

The total restructuring costs will come in at $766 million after tax in the group's FY2016 results.