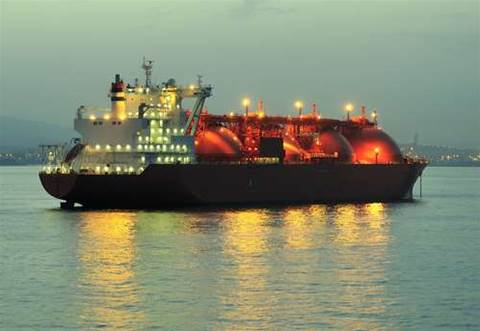 Woodside Energy used learnings from cloud computing to create higher-resolution imaging of the Scarborough gas field, resulting in a 52 percent increase in the estimated volume of gas it contains.

In real terms, the company now estimates the Scarborough field holds 11.1 Tcf [trillion cubic feet] of gas that can potentially be extracted, up from 7.3 Tcf.

CEO and managing director Peter Coleman lauded the result in the company’s annual report last week, linking it to the cloud.

“The use of cloud computing to reanalyse historic seismic data with new techniques and reassess the recoverable gas in the Scarborough reservoir revealed a 52 percent increase in the estimated resource volume,” Coleman said.

“This underlined both the value of the resource and of the technologies that have improved our understanding of it.”

Woodside has been working on the FWI 3D seismic [data] reprocessing technology aided by cloud computing since 2016.

It first discussed this work in mid-2017 but said at the time that it was hitting resource limits on the cloud services, which needed to be resolved.

It's now clear those initial technical challenges were overcome, and that the cloud-backed system is allowing Woodside to much more accurately estimate just how much gas it might be sitting on.

“We became the first company to apply the power of Google Cloud computing to FWI advanced seismic processing techniques,” it said, noting it used the technology in 2016 to estimate gas reserves in offshore fields of Myanmar.

“This early work set the scene for the application last year of FWI to the Scarborough 3D dataset of 2004, where Woodside worked with a range of providers," it added, leading to the 52 percent estimated uplift.

Chief geophysicist Fabio Mancini said that re-running the Scarborough data set without cloud would have required 30 times more compute than Woodside has internally.

“For a field the size of Scarborough, Woodside would need more than 30 times all our internal computational capability to perform high resolution FWI,” he said.

Editor's note, 20/2: This story originally stated that Woodside used Google cloud compute for the Scarborough project. Since publication, Woodside re-edited the source blog post, clarifying that Google's role was limited to "early work" and that FWI now involved "a range of providers". It remains unclear to what extent cloud is part of the project, or who the compute providers that ran the Scarborough data set were.