Women take over IT leadership at Tatts Group 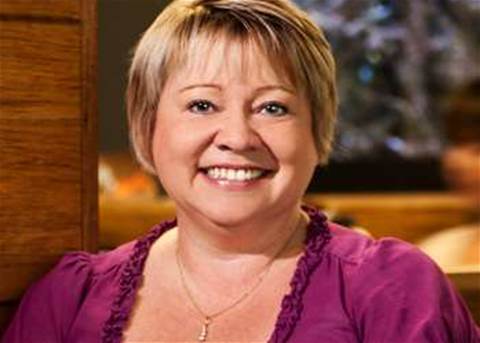 A changing of the guard at gaming giant Tatts Group has seen two long-time IT chiefs depart and the leadership ranks refilled with two female IT executives.

Stephen Lawrie resigned from his role as CIO after almost a decade leading the company’s IT operations - and over 30 years at the group - in January.

His tenure saw him steer the business through the consolidation and rationalisation of over $200 million in acquired technology and business systems, while leading shared services for the entire business.

As CIO, Ross is tasked with developing the group’s long-term technology and digital strategy roadmap while leading the IT team and operations.

She will now be assisted by a new chief technology officer after long-term Tatts CTO Matthew Maw's recent resignation from the company.

Ross and Sutherland will be reunited once the latter commences her role this week - Sutherland served under Ross for several of Ross's five years as Wotif CIO, and was later appointed into the position following Ross' January 2013 departure from the travel group.

Sutherland left Wotif in December after the business was acquired by Expedia. The CIO role was made redundant following her departure.

CEO of IT recruitment firm Peoplebank, Peter Acheson, told iTnews an organisation employing both a female CIO and CTO was very rare but "a great thing".

"Only 19 percent of the IT workforce is female - given roughly 50 percent of the overall population is female, you'd have to say IT has an issue getting diversity into the industry," he said.

"And if only 19 percent [of IT workers] are female, then the likelihood of them gravitating to a leadership role is quite small - the odds are fairly and squarely against them. So I think it's great to see a company like Tatts doing what they're doing."

According to the Harvey Nash CIO Survey for 2014 [pdf], the gender gap in IT workplaces remains "very unbalanced", despite 70 percent of Australians CIOs believing women are under-represented in IT.

"This year only seven percent of the respondent community of IT leaders were women, a drop of two percent on figures from last year," the report found.

"Over the last decade the proportion of women in the IT function has remained stubbornly low, despite the efforts of concerned leaders."

Group vice president of Gartner executive programs Linda Price said the gender gap had remained static for several years, but more recently the growth in digital technologies was offering a new avenue for women in IT.

"When you think about it it has to be this way - digital is about moving from the back office to the front office and interfacing directly with the client," she said.

"Communities are 50/50 males and female, and if [digital teams] are going to be representative of the community at the front line, they've got to have that female voice."

The Harvey Nash report also found that, compared to other fields such as human resources, women working within the IT industry are more likely to make it into senior positions.

"This suggests that while we do not yet see enough young women entering the industry, if they do embark on a career in IT there is more chance that they could realise their full potential than in many other sectors."

Similarly, a recent report from US-based organisation Boardroom Insiders found that the number of female chief information officers in Fortune 500 companies had increased since 2012.

As of January this year, 87 female CIOs worked in the Fortune 500 (at the likes of Wal-Mart, Ford, and General Electric, among others) compared to 61 in 2012.