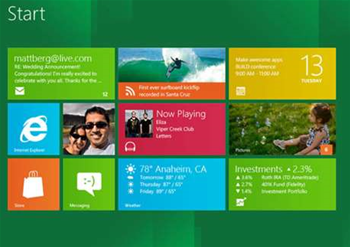 Malware scans for all app submissions.

Microsoft has revealed its Windows Store will become the centre of the universe for developers building and selling Metro Windows 8 apps.

Opting for an Apple-like distribution model for Windows 8 Metro apps, Microsoft has ruled they will only be sold in the Windows Store, with revenues reportedly split 70/30 between the developer and Microsoft.

Microsoft has since removed the reference to the revenue split, according to Ars Technica.

Apps built for the secondary Windows 8 desktop interface would remain open, and could be distributed through traditional channels, such as retailers, direct or the web.

However, developers and enterprise Windows 8 customers will be able to bypass the Windows Store to “side-load” these apps, it explained in a primer for Windows 8 developers.

“As such, your relationship with the Store really defines your business, whether you’re in it for fame, fortune, fun, or philanthropy. This relationship spans the entire lifecycle of your app—from planning and development to distribution, support and servicing."

Microsoft plans to ensure its own store avoids the pitfalls of Google’s weak vetting process for Android apps, which has been blamed for hundreds of malicious apps distributed primarily on non-Android Marketplace venues.

The company said it wanted first-time apps to be as trustworthy as those delivered by long-established developers, and plans to

“Any app submitted to the Store must be certified before you can sell it,” it explained.

The certification process would include multiple malware scans, manual tests in each local market and checks against its policies.

“As a result, apps that appear in the Store carry a level of trust that is generally achieved only by the most well-known apps on the web.”