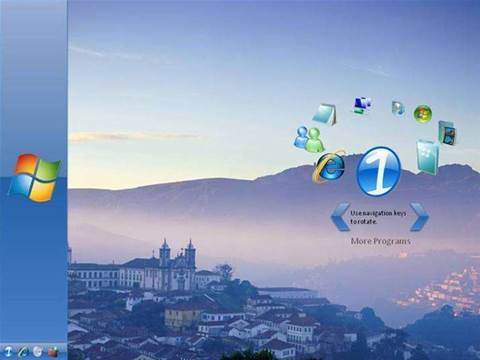 To account for half of all new PCs shipped from next year.

Microsoft's Windows 7 is likely to account for 50 per cent of all new PCs shipped by 2010, despite new research suggesting that the recession will hold companies back from upgrading to the software.

Analyst firm IDC has forecast that half of the operating systems shipped by Microsoft by 2010 will be Windows 7.

"Our take on Microsoft's behaviour is that it will effectively switch off access to Vista once Windows 7 becomes available," said David Bradshaw, European research manager at IDC, adding that this is a natural move because the new version is so much better than its predecessor.

"Implicit in our expectations is that Windows 7 will be a success, and will succeed Vista very early on," he said.

However, when it comes to Microsoft business customers needing to migrate to new software without necessarily buying new PCs, IDC predicts that Windows 7 growth will be slow until 2011 when the installed base will start to grow.

Bradshaw said that the recession is changing the point at which IT administrators upgrade their software, although a switch to Windows 7 would have been slow even without the economic difficulties.

"It is a major ordeal for IT departments upgrading to a new operating system, " he said.

The IDC forecast comes as a new survey by Quest Software, a company that helps businesses administer Windows-based networks, found that 60 per cent of IT administrators have no plans to deploy Windows 7, mainly due to a lack of resources.

The survey by Quest Software's ScriptLogic division received 1,100 responses and revealed that only 15 per cent said that their IT budgets had increased or not changed, and that 35 per cent intend to save money by skipping upgrades or delaying purchases.

Got a news tip for our journalists? Share it with us anonymously here.
Copyright ©v3.co.uk
Tags:
cent idc pcs per shipped software windows