Windows 7 can be used free for four months 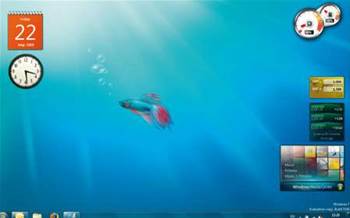 The 30-day trial period for Microsoft's upcoming Windows 7 can be stretched to 120 days, allowing free access to the new software for three times longer than usual, according to new reports.

Potential buyers will be allowed to install and run the software according to Microsoft's rules for up to 30 days without an activation key, but reports on the Windows Secrets web site claim that it is possible to reset the trial period three times, just as it was with Windows Vista.

Using a "Microsoft-supplied utility called the Software License Manager" which ships which Windows 7, typing in the 'slmgr -rearm' command will reset the 30-day period, according to the site.

"You can run the -rearm trick a total of three times," said the article. "If you perform a -rearm at the end of each 30-day period, you end up with 120 days of full, unfettered Windows 7 use without having to supply an activation key in the interim."

Windows 7 will go on general sale on 22 October, but is already available to subscribers of Microsoft's TechNet and MSDN services.

Got a news tip for our journalists? Share it with us anonymously here.
Copyright ©v3.co.uk
Tags:
30dayaccordingmicrosoftsperiodsoftwarethreewindows