Will Nutanix be outflanked before reaching IPO? 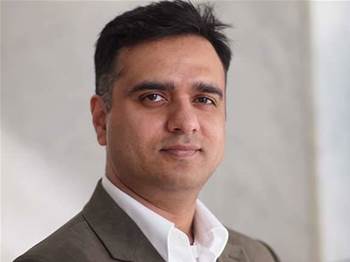 VMware muscles in on storage startup in hyper-converged infrastructure.

VMware has announced two new converged infrastructure offerings at its annual conference conference in San Francisco – both of which pose a serious mid-term threat to one of the rising stars amongst its business partners, Nutanix.

The first, named EVO:RAIL, is the official form of the anticipated ‘Marvin’ project. Aimed squarely at the lower end of the market, EVO:RAIL is a pre-configured, rack-mountable, 2 unit/4-node appliance pre-configured with VMware’s software stack, designed to cater for about 100 virtual machines.

The appliance will be available from a variety of OEM partners such as Dell, EMC, Supermicro, Fujitsu, Inspur, and Net One Systems.

EVO:RAIL comes as a single SKU that includes hardware, software, and support and can be combined with three other units to create a 16-node cluster.

It is expected to ship in the second half of 2014, VMware said.

VMware calls EVO:RAIL "hyper-converged" to distinguish it from the converged systems deals it already offers large enterprise with HP and the VCE vBlock systems that it delivers through Cisco and EMC.

EVO:RAIL is designed to make getting vSphere environment up and running “in 15 minutes” according to the company, and to provide the base platform for other vSphere related products build on.

The second release that should concern Nutanix and other converged vendors was the big brother of EVO:RAIL, the EVO:RACK. Shown only as a “tech preview”, the exact specifications are yet to be announced, but the larger system is the same principle but for much larger scale.

EVO:RACK will include NSX, VMware’s virtual networking product, providing a simpler way of making good on VMware’s oft-touted mantra of a software-defined data centre over multiple racks. Again, it would be purchased as standardised chunks of hardware, software, service, and support.

Nutanix has responded to the announcement by crowing about how VMware has now validated the company’s converged systems approach. Nutanix CEO Dheeraj Pandey told a Nutanix event on Monday night that “EVO:RAIL is a gift to Nutanix and me”.

VMware CEO Pat Gelsinger told iTnews that “the early stage market, like Nutanix, has demonstrated that ‘there is customer interest” in these architectures.

The EVO: line attacks Nutanix from below, with EVO:RAIL, and from above with EVO:RACK when paired with the high-end storage capabilities of EMC (and likely other partners).

It also guards against Cisco’s moves to embrace OpenStack, as well as Cisco’s newly-announced partnership with hyper-converged startup, SimpliVity.

Nutanix now has a short window to get established as a recognised independent vendor before VMware reaches feature parity – especially in the area of storage. Nutanix’ partnership with Dell will provide an important route to market for the growth required before any IPO, complicated by Dell’s decision to also partner with VMware for EVO:RAIL.