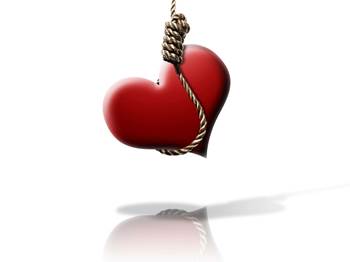 Jimmy Wales, co-founder of Wikipedia, has become involved in an internet war of words after dumping his girlfriend in an entry on his Wikipedia page..

Political commentator Rachel Marsden was so incensed that she took a T-shirt and jumper that Wales had left at her apartment and put them on eBay for auction with an acerbic message.

"Hi, my name is Rachel and my (now ex) boyfriend, Wikipedia founder Jimmy Wales, just broke up with me via an announcement on Wikipedia," she wrote.

"It was such a classy move that I was inspired to do something equally classy myself, so I'm selling a couple of items of clothing he left behind in my NYC apartment on eBay.

"Jimbo was supposed to come visit me in a couple of weeks and pick up some of his stuff, but obviously that won't be happening now."

Wales has now released a statement on the affair. "I work closely with a team called OTRS which handles email complaints and works hard to address concerns relating to the biographies of living persons," he wrote on his Free Knowledge for Free Minds blog.

"Rachel Marsden first approached me via email two years ago with complaints about her bio."

"We had never met. I subsequently reviewed her bio and I found it not up to our standards. My involvement in cases like this is completely routine, and I am proud of it.

"I decided to meet Rachel Marsden in person for the first time in early February of this year. Three days before that meeting, to avoid any appearance of a potential conflict of interest, I disclosed my plans to OTRS and further disclosed that it was a personal matter."

Marsden has something of a history of relationships ending badly. In 2004 she was given a conditional discharge and a year's probation after harassing a former partner.

Last year Marsden accused an Ontario anti-terrorist police official of passing documents to her during a two-year relationship. The official was cleared after an investigation.
Got a news tip for our journalists? Share it with us anonymously here.
Copyright ©v3.co.uk
Tags:
inloveonlinesoftwarespatwaleswikipedias