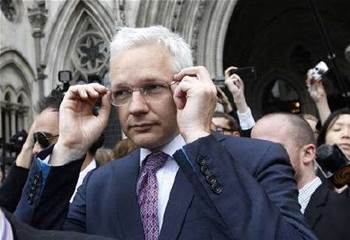 The WikiLeaks organisation said on Thursday it was releasing tens of thousands of previously unpublished U.S. diplomatic cables, some of which are still classified.

"We will have released over 100,000 US embassy cables from around the world by the end of today," said a message on WikiLeaks' Twitter feed. The Twitter page is believed to be controlled by Julian Assange, WikiLeaks' controversial Australian-born founder and chief.

The cables which the website said it is dumping onto the public record appear to be from a cache of more than 250,000 State Department reports leaked to the group. WikiLeaks began releasing the cables in smaller batches late last year, but until now had made them public in piecemeal fashion.

Several news organisations around the world, including Reuters, have had complete sets of the cables for months. But for the most part, media outlets have only cited or published cables when publishing specific news or investigative stories based on them.

By late afternoon on Thursday, the WikiLeaks website said it had published 97,115 of the 251,287 cables it possesses. It did not specify its motives for releasing such a large amount of material at once.

A person in contact with Assange's inner circle told Reuters the rationale behind the mass release of documents was dismay among WikiLeaks activists that media organisations had lost interest in publishing stories based on the material.

The source described Assange and his associates as "frustrated" at the lack of media interest.

The document release began hours after WikiLeaks revealed on Twitter that Dynadot, a California Internet registrar which had hosted WikiLeaks, had received an order, generated by federal prosecutors in Alexandria, Virginia, requiring it to produce "information on Julian Assange."

WikiLeaks said Dynadot had complied with the order.

According to a copy of the document published by WikiLeaks, U.S. investigators want any "customer or subscriber account information" held by Dynadot since Nov. 1 that relates to Assange, WikiLeaks or the domain name wikileaks.org.

Dynadot and the State Department did not respond to requests for comment.

It is unclear when or how WikiLeaks acquired a copy of the government order to Dynadot, which was dated Jan. 4, 2011. A U.S. official indicated that the document, which was sealed by court order, had not been officially unsealed.

U.S. officials have indicated that prosecutors and a grand jury in Alexandria, have a long-running investigation into WikiLeaks, Assange and others associated with the website.

A few weeks earlier, the same prosecutors sent a similar request to Twitter seeking records of accounts held by Assange, WikiLeaks, and others. They include Bradley Manning, a U.S. Army private being detained for alleged unauthorised disclosures of classified information which was believed to have gone to WikiLeaks.

Last year WikiLeaks and Assange were celebrated after their release of State Department cables, tens of thousands of other secret U.S. files, and a classified video of a contested American military operation in Iraq.

Since then public interest in WikiLeaks has waned. It may have suffered from publicity related to Assange's flight to Britain after sexual misconduct allegations were filed against him in Sweden and a subsequent protracted extradition fight. Assange has also publicly fueded with former collaborators.

A person close to Assange said a British appeals court is due to rule early next month on his appeal against Sweden's extradition request. The source was unaware of any link between the latest document dump and the anticipated court decision.