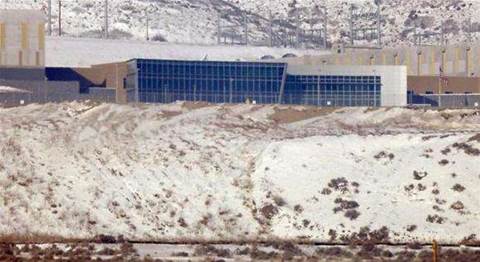 An NSA data centre in Utah.

A White House-appointed panel has proposed curbs on some key National Security Agency surveillance operations, recommending limits on a program to collect records of billions of telephone calls and new tests before Washington spies on foreign leaders.

Among the panel's proposals, made in the wake of revelations by former NSA contractor Edward Snowden, the most contentious may be its recommendation that the eavesdropping agency halt bulk collection of the phone call records, known as "metadata."

Instead, it said, those records should be held by telecommunications providers or a private third party. In a further limitation, the U.S. government would need an order from the Foreign Intelligence Surveillance Court for each search of the data.

"We don't see the need for the government to be retaining that data," said Richard Clarke, a member of the panel and a former White House counterterrorism adviser.

The panel's report expressed deep skepticism about both the value and effectiveness of the metadata collection program.

"The question is not whether granting the government (this) authority makes us incrementally safer, but whether the additional safety is worth the sacrifice in terms of individual privacy, personal liberty and public trust," it said.

The report's authors say that the metadata collection program "has made only a modest contribution to the nation's security." The program "has generated relevant information in only a small number of cases" that might have led to the prevention of terrorist attack, they said in a footnote.

It added that "there has been no instance in which NSA could say with confidence that the outcome would have been different without the... telephony meta-data program. Moreover, now that the existence of the program has been disclosed publicly, we suspect that it is likely to be less useful still."

It remains to be seen, however, how many of the panel's 46 recommendations will be accepted by President Barack Obama and the U.S. Congress. The panel's five members met with Obama at the White House on Wednesday.

Obama said in a television interview earlier this month that he would be "proposing some self-restraint on the NSA" in reforms that the White House has said will be announced in January.

White House press secretary Jay Carney said some of the outside panel's recommendations could be accepted, others studied further, and some rejected.

Obama has already rejected, at least for now, one of the panel's proposals: that NSA and U.S. Cyber Command, which conducts cyberwarfare, have separate leaders, with NSA led by a civilian rather than a military officer.

NSA officials have staunchly defended the bulk metadata program, saying it is essential to "connect the dots" between terrorist plotters overseas and co-conspirators inside the United States.

"There is no other way that we know of to connect the dots," Army General Keith Alexander, NSA's director, told a Senate committee last week. "Given that the threat is growing, I believe that is an unacceptable risk to our country."

Alexander nonetheless has on occasion indicated a willingness to consider modifications in the metadata collection program.

Leaders of both the House and Senate Intelligence Committees, which would consider possible changes to surveillance laws, have indicated support for continuation of metadata collection.

In response to the publication of the White House panel's report, Sen. Patrick Leahy, the Democrat who chairs the Senate Judiciary Committee, said a bill he has introduced contains a provision that would order an end to metadata collection.

Michael Morell, a former deputy CIA director who is on the White House review panel, said its members do not believe that its proposals for change "in any way undermine the capabilities of the U.S. intelligence community to collect the information it needs to collect to keep this country safe."

Separately on Wednesday, the Foreign Intelligence Surveillance Court rejected a request by a civil liberties watchdog, the Center for National Security Studies, to reconsider an order authorising the U.S. to collect telephone metadata.

The group "has no standing to move for reconsideration" of the order, U.S. Foreign Intelligence Surveillance Court Judge Mary McLaughlin wrote in a seven-page opinion.

McLaughlin did permit the group to file a brief on why the Foreign Intelligence Surveillance Act does not authorise the collection of bulk telephone metadata.

In another major recommendation, the panel proposed five tests it said should be met before Washington conducts surveillance against foreign leaders.

Revelations in documents provided by Snowden that the United States spied on German Chancellor Angela Merkel and Brazilian President Dilma Rousseff have enraged those countries' citizens.

Brazil on Wednesday awarded a $4.5 billion contract to Saab AB to replace its aging fleet of fighter jets, after news of U.S. spying on Brazilians helped derail U.S. firm Boeing's chances for the deal.

"The NSA problem ruined it for the Americans," a Brazilian government source said on condition of anonymity.

Before spying on foreign leaders, the panel said, U.S. leaders should determine whether such surveillance is merited by "significant threats" to national security, and whether the nation involved is one "whose leaders we should accord a high degree of respect and deference."

U.S. leaders also should determine whether there is reason to believe the foreign leader has been duplicitous, whether there are other ways to obtain the necessary information, and weigh the negative effects if the surveillance were to become public, the panel said.

It said the U.S. government should explore agreements on spying practices "with a small number of closely allied governments." Reuters recently reported that German and U.S. government representatives have opened discussions about such an agreement following the disclosures about the alleged bugging by the NSA of Merkel's mobile phone.

Among its other recommendations, the panel called for limits on National Security Letters, which allow the FBI and other agencies to compel individuals and organisations to turn over business records without any independent or judicial review.

Such letters should only be issued after a judicial finding, and there should be limits on "gag orders" that bar the recipients of National Security Letters and similar orders from disclosing their existence, the panel said.

Across U.S. surveillance programs more broadly, "we tend to believe there should be further judicial oversight than there has been," panel member Clarke said.