When the passion for being CIO fades 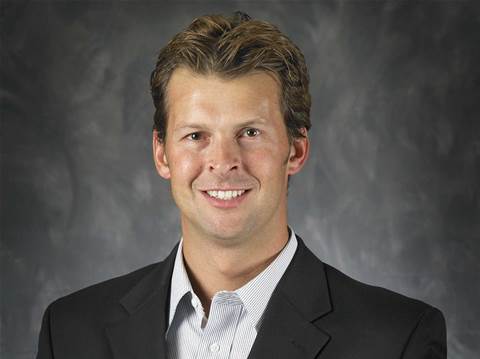 One former Australian CIO's journey to a new life.

Steve Berg was directing IT projects for the likes of Ray White Group and TASER International as recently as two years ago. A year ago, he made his escape from the boundaries of being an IT executive, and reinvented himself. This is his story.

I grew up always believing I wanted to be a CIO.

I wanted to be on an executive team. I wanted to work for a large company. I thought I knew where I wanted to go and what I wanted to do, and I never really questioned that.

When you go to University and you get a degree in IT or information systems, that's your career path. You enter into it almost blindly. I never really sat back and thought about what it is that really excites me, what is it that I really want to do? Where is my real passion? It was 'OK, this is the career path, let's just head down and work hard and move along that career path'.

My entire career to the point of about 12 months ago was focused on working in technology for various sized companies, driving IT innovation in an effort to make the company more efficient, profitable and technologically progressive.

I had climbed the corporate ladder, rapidly rising through the IT ranks from the helpdesk through to executive IT roles, aggressively staking my claim to these roles with the dream of some day... I guess doing the same thing.

Each role was very much about the challenges of the position, and if those challenges aligned with what I was excited about technologically.

Before that, I was an infrastructure junkie and I loved anything infrastructure related. When I first came over to the States back in '99, I worked for a web hosting company. I got to personally build the AmericanAirlines.com website, and I was involved in Match.com. Being involved in those mission-critical client projects excited me.

I used to have a feeling of vigour and excitement. I used to love what I did and couldn't wait to get to work. Slowly, over time, that faded a little bit.

One of the biggest roadblocks I kept running into was business-as-usual. If you wanted to do a new project, you had a single budget to work from.

We never had enough resources or budgets to complete these new projects in the timeframe that was kind of expected of us because business-as-usual would always absorb that. There was always an encroachment.

I think in my perfect world, there would be a business-as-usual team and then a projects implementation team, and they would always be separate. Everywhere I worked they were always merged together and it was difficult to balance the resources.

I think there's still this view of IT that's kind of geeky. We keep the lights on, we keep the internet going. There's more of a swing towards the application side but still it's a cost centre, it's not revenue generating.

That was getting a little old for me. I didn't like commuting anymore. I don't like spending all this time away from my family. That led me to think, where is it that I want to live? My whole life I've lived in big, million-plus people cities, so that's all I've been used to.

I started looking at it from a holistic point of view. It wasn't just where I was working and the current work I was doing, but it was where I was living and what kind of life I was leading, and what was I moving toward? I never really looked too far out into the future.

This is where I came across The 4-hour Workweek by Timothy Ferriss. His whole thing is that it's all about lifestyle design -- how you want to be living, and then how you are going to support that lifestyle with what it is that you do.

I started thinking about that. I really wanted to be living in a small town, where I could run a business. It didn't have to be a business in town -- it could be a virtual business where I could service a larger community -- but I could run it from the small town where I was commuting maybe five minutes each day.

I wanted everything at my footsteps. I could look after my kids and go to their soccer games. I wasn't tied to the office and meetings where I couldn't escape and go and enjoy that aspect of life. I wanted to know my neighbours and wanted my kids to be able to run around, play in the bush and just be kids.

I came across this process where you map out your average perfect day. It's one of these processes where you sit down and think about how a perfect day would look for me, if I could live this day every day.

That became the framework for where I wanted to end up. It took over a year for me to kind of work all of this out.

Then, the catch was how I get from where I am today to living this perfect kind of day?

I started dabbling in a bit of internet shopping. My wife and I started up an online store in Australia while we were living there that sells health and fitness equipment. I absolutely loved doing that. I thought, 'This is fantastic, this is something I'm passionate about and it's actually bringing in money'.

I came back to the States just over a year ago and, through a connection, I met up with a guy who had a small software company. He was ready to retire and he wanted to sell.

I did a bit of due diligence there and it was down my alley. It was software, but it wasn't too large that it was scary big. It was 60 customers so it was small and manageable, and it supported their family quite nicely - they lived off the revenue from this business.

My wife and I came to an agreement that we would purchase the company. Now, we've moved out to the States and we've been running the business since January 1.

We've got customers all across the US, and then we've got the little Australian business which has customers across Australia. Slowly but surely things are moving along.

We're nowhere near the end goal but at least I feel like I'm on the right journey now. It's exciting. I've got my passion back.

Continue to page two to find out how Berg made the transition.