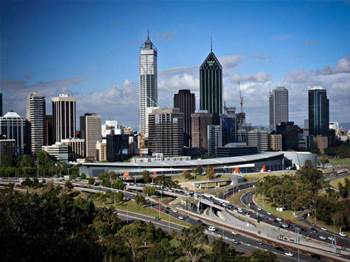 Nunis, who was previously deputy director-general of WA’s Department of State Development, has been temporarily filling the GCIO role since April this year.

WA Premier Colin Barnett this morning made the position permanent.

“Mr Nunis has the right combination of professional skills and practical experience, with a fundamental understanding of the private and public sectors and how to negotiate and deliver large ICT projects," he said in a statement.

“The government spends $1 billion to $2 billion on ICT and this needs to be strongly managed to ensure we deliver the best value to West Australians."

WA expects to have its first whole-of-government IT strategy completed and ready for release early next year.

State Finance Minister Bill Marmion said work was progressing on the document, which will be aimed at "efficiencies and cost savings”.

Prior to joining the state government in 2010, Nunis lead IT consulting firm Ajilon as its managing director.

He has dipped between the public and private sectors since 1984, including stints in the WA Department of Land Administration and Department of Health.

At the outset, the GCIO will have a strong savings remit, leading the state government’s drive to scrape back $110 million worth of IT expenditure over four years.

Barnett also said Nunis would be charged with developing a whole-of-government ICT strategy and building the capacity of the technology industry in the resource-focused state.

He will also lead the charge to get the state government’s use of IT back on track.

Western Australia received the wooden spoon in iTnews’ 2014 rankings of state and territory government IT performance, with a score of one out of 12.

Labor opposition leader Mark McGowan put the concept of a dedicated IT minister and central business unit on the agenda later that year.

The state is still struggling with the fallout of its disastrous attempt to install a single central ERP system across the public sector in 2005, which was abandoned six years later and will cost the state $370 million to roll back.