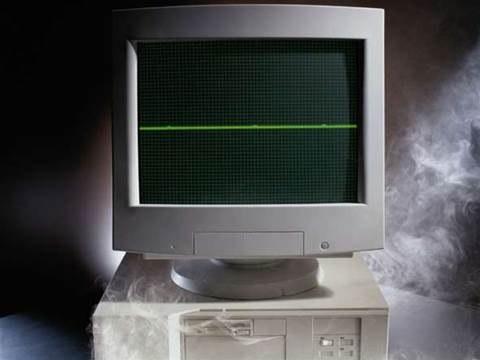 The internet is heading for a crash unless it increases its bandwidth capabilities, according to an analyst report.

The study by ABI Research claims that cable firms face the biggest challenge as their technology will reach saturation point first.

Stan Schatt, research director at ABI, told Ars Technica: "Uploading bandwidth is going to have to increase, and the cable providers are going to get killed on bandwidth as HD programming becomes more commonplace."

Schatt added that the solution to the problem is to change to digital switching and move to IPTV. "They will be brought kicking and screaming into the 21st century," he said.

Research from networking hardware manufacturer Cisco Systems seems to back up Schatt's claims.

Cisco found that American video websites currently transmit more data per month than the entire amount of traffic sent over the internet in 2000.

The company estimates that file-sharing makes up at least one-third of today's internet traffic.

The Cisco report predicted that video streaming and downloads will increase to make up to 30 percent consumer internet traffic in 2011, up from the 2006 figure of nine per cent.

In the UK, the release of the BBC's iPlayer online television service has also raised bandwidth concerns with internet service providers.

"Something like iPlayer has the potential to become really mainstream," Jody Haskayne, director of public relations at Tiscali, told The Guardian.

"It is higher quality than YouTube and the downloads are 10 times as long and it uses 30 times the bandwidth."

However, the internet overload does not appear to have started yet, if figures from Orange are correct.

Orange revealed in an ASA investigation into adverts for its unlimited broadband service that as of 31 March 2007 only 1.09 percent of customers exceeded the fair usage policy limitation for its service.

Orange said that it logged a breach of fair usage as being more than 40GB in March 2007.
Got a news tip for our journalists? Share it with us anonymously here.
Copyright ©v3.co.uk
Tags:
bandwidth crisis fears software sparks tv web