Waymo has 'no smoking gun' in Uber self-driving car case 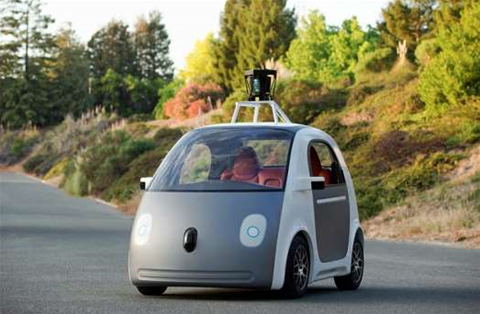 A US judge said he had not seen clear evidence that Uber had conspired with an engineer on its self-driving car program to steal trade secrets from Alphabet's Waymo.

At a hearing in San Francisco federal court, US district judge William Alsup said he was wrestling with whether to issue an injunction against the ride service.

He said it was undisputed that the engineer, Anthony Levandowski, downloaded about 14,000 documents shortly before he stopped working for Waymo.

If it were proven that Levandowski and Uber conspired in taking Waymo's information, that could have dire consequences for Uber, say legal and ride-hailing industry experts.

Uber's US$68 billion valuation is supported partly by investors' belief it will be a dominant player in the emerging business of self-driving cars.

However, Alsup expressed skepticism over whether Uber actually used any Waymo trade secrets.

"I've given you lots of discovery, and so far you don't have any smoking gun" showing that Uber knew Levandowski possessed any Waymo trade secrets, Alsup said.

Waymo attorney Charles Verhoeven said the company suspects such evidence exists. Levandowski declined to answer questions during a deposition, citing his constitutional rights against self incrimination.

Verhoeven also said Uber was improperly withholding thousands of documents on the grounds that they are confidential legal documents.

The judge did not make a ruling from the bench. The hearing is the latest phase in a courtroom battle over trade secrets that threatens to topple a central pillar of Uber's growth strategy.

Autonomous cars promise to change the economics of the ride-hailing business.

Among Uber's biggest expenses is the cost of attracting drivers, who have a high turnover rate. And Uber's ability to expand into suburban and rural markets, and areas with low vehicle ownership, and continue to offer a ride within three minutes, largely hinges on the availability of a network of self-driving vehicles.

Waymo today sought to buttress its case by arguing that Levandowski and Uber had conspired against Waymo. It said the engineer was planning to work for Uber while he still was employed at Waymo.

Levandowski formed a self-driving trucking company, Otto, after leaving Waymo, and Uber later bought Otto. Waymo attorneys showed a slide of an Uber document showing Levandowski had been promised 5.3 million restricted stock units of Uber. That was worth more than US$250 million in January 2016, the lawyer said, without describing in detail the basis of the valuation.

An Uber spokesman said the stock award was actually made in connection with Uber’s acquisition of Otto in August 2016, and the vesting start date was backdated to late January so that Levandowski's time at Otto counted for the Uber vesting schedule.

Alsup himself did not appear shocked.

Verhoeven said it was circumstantial evidence of bad intent by Levandowski and Uber.

"He’s getting awarded stock by Uber when he’s supposedly starting his own company," he said.

Uber attorney Arturo Gonzalez said attorneys had spent more than 6000 hours on document review and had not found any sign of the Waymo documents in Uber's system.

Alsup complimented Uber's search efforts. However, the judge said documents Uber has withheld about its acquisition of Otto are "a treasure trove" that will be key to the case. He has not decided whether Uber has properly shielded those documents.

The judge also said he was still considering whether to send Waymo's trade secret claims to arbitration, which would not be public.