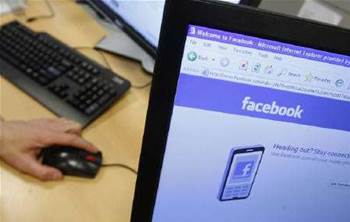 Warner Bros is making some of its films available on Facebook, opening up a new revenue source for the Internet social network and signaling new competition for online entertainment companies.

Consumers can pay for the movies using Facebook Credits, a virtual currency so far used mainly in social games on the site, according to Warner Bros, a unit of Time Warner, on Tuesday.

Facebook, which makes money mostly through online advertising, takes 30 percent of the revenue from sales by third parties on the website using Credits.

The service will initially be available in the United States, the company said.

The streaming of full-length Hollywood films on Facebook creates a new role for the 500-million-plus member social network, which has grown into one of the most powerful Web players by making it easy to share photos, videos and other content with friends.

"The 'wisdom of friends' could be a bigger driver of movie viewership than the 'wisdom of crowds,'" wrote Chung.

However, Lazard Capital Markets analyst Barton Crockett said in a note to investors that online pay-per-view services have not proved as popular as subscription-based movie services, and noted that the Warner Bros offering is a "far cry" from Facebook launching a subscription service.

It was not immediately clear whether other movie studios were planning similar projects with Facebook.

The first movie available on the Warner Bros Entertainment page on Facebook is "The Dark Knight". Additional titles will be available for rental or purchase in the coming months.

Rentals cost 30 Facebook Credits, or US$3, for 48 hours, and viewers can pause and restart a movie whenever they log back in.

One person close to the Warner-Facebook project told Reuters that it was not a partnership, but rather, a Facebook application that Warner developed on its own, using the website's open payment and technology standards.

More than 400 games and applications use Facebook Credits, the company said in an emailed statement on Tuesday. "We're open to developers and partners that want to experiment using credits in new and interesting ways, and we look forward to seeing what they come up with."