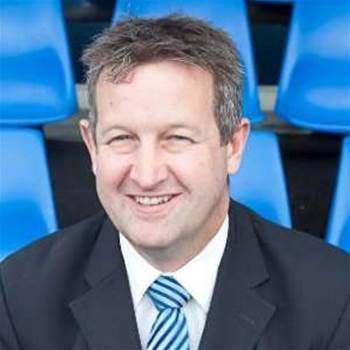 The WA Department of Sport is looking to outsource as much of the agency’s data centre services as possible in a bid to push staff into the development of new features rather than the maintenance of IT infrastructure.

Cann hopes to shut down the department's server room by June this year.

Cann told iTnews he wants to have his small IT team (five-strong) focused on adding value to the business rather than keeping the lights on.

Most of the team’s time thus far has been spent on the day-to-day management of the agency’s IT infrastructure, he said.

“That means that IT haven't been seen as a strategic partner and many business units have had to seek solutions elsewhere,” Cann said.

With no additional budget or staff to work with, Cann has made the hard decision to "look at the most effective way" of using the assets he's got.

The agency had virtualised some 80 percent of its servers on the VMware hypervisor platform prior to Cann's appointment. He has since managed the remainder, to ensure a smooth migration to ServiceNet's private cloud, which also runs on VMware vSphere.

“We also had to go through an application rationalisation because there’s a lot of in-house apps running that no-one was using,” Cann said. “We shut down around 50 VMs and cleaned up maybe 10TB of storage that wasn’t being used properly.”

Cann has pushed out the hosting and delivery of the department's SharePoint and Dynamics applicatons to third parties, and plans to do the same for HP's TRIM application and SQL server databases over the coming months

The department is also targeting the public cloud for its dev and test servers.

It  is in discussion with three providers to determine the best value for money and ease of management. Cann said for test and dev, he (and regulators) have few concerns about whether that cloud is hosted onshore or offshore.

The department will consolidate 18 virtual dev and test servers down to 10.

Cann has reinvested some of the money previously spent on licensing and capital into the new cloud service, and freed up what remains to undertake other critical IT projects - including a WAN and VoIP overhaul.

Read on for Cann's recent work on the applications front...