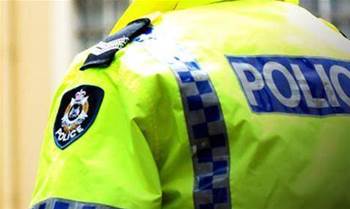 Premier Mark McGowan told WA’s parliament on Tuesday the government had tried to negotiate a way forward after it came to light that police had lawfully accessed the data on two occasions.

The contact registration information was accessed as part of an investigation into two serious crimes using a loophole, which the government is now racing to plug.

“The police commissioner advised me that under the law it is actually lawful for police officers to access any information unless it is expressly unlawful,” McGowan said.

“So police officers on two occasion had accessed, as part of investigations into very serious crimes, information using the SafeWA app.

“I requested that the police no longer do that, but the police commissioner advised me that his officers are exercising their rights under the law and are just doing their job.

“I accept that. But our view is that the SafeWA app should only be used for contact tracing purposes.”

McGowan said he was made aware that police had accessed the data in April, and that it had taken until now to draft the legislation.

Speaking on ABC Perth Radio on Wednesday, he said that police had accessed information to identify witnesses to two serious crimes.

“They were attempting to obtain information about any witnesses who might have observed what took place... so they accessed the app to get details of anyone who may have been present,” he said.

McGowan put the loophole down to the speedy nature of the app’s development and introduction during the pandemic.

“All I’d say is that as we go along this Covid road we do our best in difficult circumstances, and the app was created very, very quickly,” he said.

“The police have only got information twice out of 249 million transactions, and they are exceptional circumstances and they are lawful,” he told 6PR Radio on Wednesday.

Dawson said that although the “premier and the deputy premier made it very clear” the app was for contact tracing, the app’s terms and conditions were a different story.

“When I signed up to the app, the terms and conditions said it can be issued for a lawful reason,” he said.

“Police have a duty to investigate crime, and we’re talking here about a man who was shot in a public arena with, allegedly, a high powered weapon and other people were injured.

“And then another situation where a man was stabbed three times in a public place, and a person has been charged with grievous bodily harm.

“The law specifically provides for police, in exceptional circumstances, to make an application. This is not just police fishing around.”

Dawson added that there had been a third occasion where the app’s data had been requested, in which he intervened.