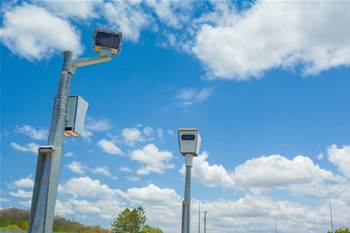 WA Police is set to replace the state’s 15-year-old infringement processing system with a new cloud-based solution that could potentially be reused across all government agencies.

The force issued a request for information (RFI) for the new system late last month after receiving $13.7 million in the 2020-21 state budget to kick off the project.

TRELIS is used to identify a vehicle, its owner and manage payments, whereas ICMS is used to enforce infringements.

But as IIPS currently stands, the system “does not allow for e-services, including digital receipt of an infringement, driver nominations, court elections or part payment of and infringement,” according to the RFI.

It also requires “several manual processes and touchpoints”, in stark contrast to the state government’s vision for future digital services.

With the system nearing end-of-life, the Road Safety Commission – which sits within WA Police – has embarked on a program of work to deliver a new software-as-a-service solution.

The new system is expected to give motorists greater flexibility on how they pay infringements, with part payment arrangements and payment extension options to be offered.

It will also allow individuals to manage infringements online through a self-service customer portal, including nominating the driver and viewing evidence.

While the primary objective of the project is to find a replacement system for WA Police, the procurement has been identified as a potential opportunity for a “shared infringement platform”.

The shared infringement platform would be used by “other government agencies, for a range of traffic and non-traffic infringements”, tender documents state.

The proposed system would integrate with the same government systems as IIPS via APIs, including the TRELIS payment system.

The force expects any solution would also have the capability to expand and be “configurable using workflow, decision engines and artificial intelligence to automate the existing manual processes”.

WA Police is also looking at how it might use the 16 years of historical infringement data in IIPS, with plans to develop a data platform alongside the new infringement processing solution.

The data platform would utilise a “one-off migration of all historical data, and the regular migration of new solution data”.

A formal request for tender process will follow the RFI later this year, with a proof-of-concept expected to be used to explore any proposed solutions.