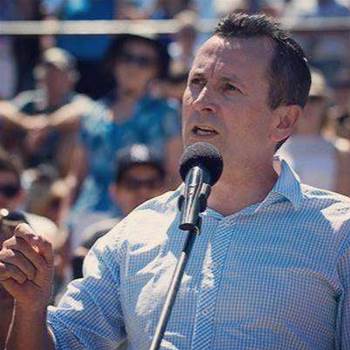 Labor fears IT mismanagement will push skills out of the state.

Western Australian opposition leader Mark McGowan has committed his party to the appointment of a dedicated technology minister, leading a central strategic IT unit and a whole-of-government strategy if it wins power at the next state election.

“We would establish a strong ICT vision and policy for Western Australia by appointing WA’s first Minister for Information and Communications Technology,” he told delegates at the 2014 WA Labor State Conference.

He also promised a WA Labor Government would set up a central IT office “to hone in on how technology can reduce the burden of regulation on business and make the business of government more efficient” - including the potential hiring of a Government CIO.

Referring back to a report released by iTnews last month, McGowan pointed out that “Western Australia was named the worst state in Australia for its policy and attitudes to ICT management.”

"We are woefully behind the other states when it comes to government IT policy," he told iTnews.

He said feedback from local industry suggested the reason for the poor ranking was a lack of government focus on IT issues.

McGowan told iTnews the industry was asking to "see some love from the government", and called on the Barnett administration to match his policy promise.

He said if WA didn't lift its performance in the technology space soon, it will begin to see a flight of valuable IT skills from the state.

Finance Minister Dean Nalder - whose portfolio is responsible for internal IT matters - has been contacted for comment.

The next state election in WA will be held in early 2017.

WA Labor last held power in the state six years ago, a time that McGowan described as fundamentally different to current conditions.

When asked why Labor hadn't set up a similar central IT authority when it had the opportunity to do so, McGowan said the state was now dealing with a different economic environment.

"Circumstances change and the world moves fast," he said.

"Clearly we weren't dealing with the same economic imperatives such as high unemployment that now exist under the Barnett Government."

Earlier this week WA Auditor-General Colin Murphy told iTnews he believed the scars of the government’s expensive shared services failure in 2011 went some of the way towards explaining an apprehension towards central IT strategy in the state.