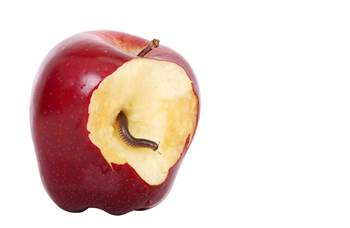 A local government CEO in Western Australia could face up to two years jail after the state’s corruption watchdog found he had accepted gifts from a software provider while misleading two councils into spending more than $1 million on its products.

The WA Crime and Corruption Commission (CCC) handed down a report just before Christmas outlining serious contraventions of procurement rules by James Trail, and has recommended that he be prosecuted for decieving the organisations.

The Department of Local Government said it has not yet decided whether it will act on the advice.

“At this time the Department of Local Government and Communities (DLGC) has requested further information from the Corruption and Crime Commission (CCC). A decision about whether to proceed with a prosecution will be made at a later date,” it told iTnews.

James Trail served as CEO for both the Augusta-Margaret River and Kalamunda shire councils between 2006 and 2012, during which time he struck up an ongoing business relationship with CA Technology, which trades as CAMMS (not to be confused with CA Technologies, the US multinational with which it is in no way affiliated).

During this period he received - and in some instances directly solicited - gifts such as overseas trips, tickets to cricket test matches and hefty travel allowances, from the company. On one trip to London to speak at a CAMMS conference, the CCC found, he was given a $2000 travel allowance and sent to the Australia vs. Pakistan test match at Lord’s.

During another CAMMS conference, he delivered a presentation wholly prepared by the software provider itself.

At the same time, the CCC said, he was autonomously signing purchase orders worth hundreds of thousands of dollars with the company to buy modules of its Interpay ERP suite.

Whilst at the Augusta-Margaret River shire council he spend $231,000 on software contracts, despite only receiving approval for $60,000. One of the primary reasons for the blow-out was the addition of several extra modules of the software without the council’s knowledge.

After being selected to take up the CEO role for the Kalamunda shire in 2012, Trail had already requested a new sales proposal from CAMMS by May, despite not formally commencing his new job until late July. Three weeks into the role he had signed another purchase order for the software, once again before approval was sought from the council.

In neither instance did the contracts go to tender, despite well exceeding the public tender threshold of $100,000. The CCC found that Trail had attempted to dodge the threshold by splitting the value of the deals between years.

The CCC report has described Trail’s apparent acceptance of gifts in exchange for commercial favour as a “a breach of trust placed in him by virtue of his office”.

As well as disciplinary action against Trail, the CCC has recommended that WA’s local government legislation be tightened to avoid contract-splitting and has suggested that gifts to public officials involved in commercial dealings be banned altogether.

It has also recommended that the government develop a guide to IT procurement aimed directly at councils.