Vodafone's network goes down across Australia 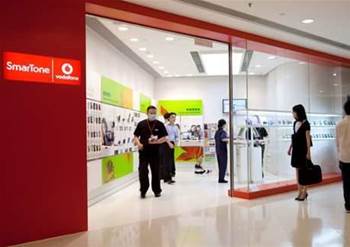 Vodafone has offered its users a weekend of free data after experiencing major network issues which downed nationwide mobile services for several hours, in an afternoon when customers of all three Australian network providers suffered degrees of service interruptions.

Australia's third largest telecommunications provider informed customers around lunchtime on Thursday via its service status page of mobile service issues affecting users in all regions of the country.

Problems originated in Western Australia at 11am due to a transmission link failure in the state. The issue spread to the telco's nationwide 3G network when Vodafone attempted to fix the broken link.

The company advised customers at 5:10pm all voice and SMS services had been restored nationally, but customers in WA might still experience data service issues "which will we resolve shortly".

A similar transmission outage in Western Australia formed part of a horror run of network issues in 2010 which resulted in a multitude of customer complaints, and eventually lead to the Vodafail movement, mass customer migrations and a dropped class action lawsuit.

The telco had been under pressure for weeks of dropped calls and slow data speeds related to its 3G network when the WA outage hit in late 2010.

It later apologised for the series of issues and has spent the years since investing in its network in order to restore customer confidence.

Mobile users in Sydney, Melbourne and Tangalooma in Queensland had little to no access to their services during the outage, which started affecting users from 1pm, Optus advised.

Customers throughout certain parts of NSW, Victoria and Queensland had no access to their internet, phone and Optus Television services, the telco told users.

An Optus spokesperson said the telco was unable to provide a cause for the outages. The telco advised at 6pm the majority of services had been restored.

Telstra separately reported a "hardware failure" resulting in an ADSL outage for 25,250 ADSL Melbourne-based customers of its services.

A broadband remote access server (BRAS) card failure at the Windsor Exchange impacted a number of services since 2:15pm, and Telstra said it expected the issue to be resolved within an hour.

Update: Vodafone has offered its customers a weekend of free data usage.

Vodafone chief technology officer Benoit Hanssen apologised for today's outage, and said in order to express to customers how "truly sorry" the telco was, unlimited data was on offer from midnight Friday June 20 to 3am Monday June 23.

"Over the past three years we've completely rebuilt our 3G and 3G+ networks to ensure you have fast reliable mobile coverage," Hanssen said in a blog post.

"While no network can guarantee it will not experience issues from time to time, we're working to ensure it doesn't happen again."