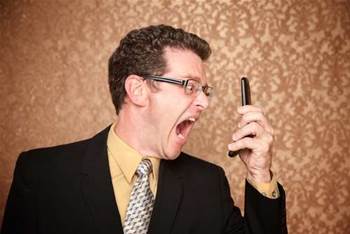 Vodafone Australia is facing renewed threats of a class action lawsuit being filed on behalf of 23,000 angry customers.

The lawsuit, led by law firm Piper Alderman, was first floated in December 2010 in reaction to the mass 'Vodafail' movement — spurred in part by the launch of a website dedicated to highlighting the issues affecting the telco's customers.

At the time, Piper Alderman said it had 20,000 people interested in a class action suit.

It said it had been investigating customer issues with the telco and encouraged users to rally against 'calls dropping out, reception issues, poor data performance and lack of value'.

The law firm revealed yesterday that it would announce plans to proceed with the class action lawsuit at a press conference later today.

A spokesperson said 23,000 people had registered to join the lawsuit, and the firm was expecting double that amount following tomorrow's announcement.

It said it will not officially instigate proceedings for three months. The company declined to comment further until today's announcement.

Vodafone said it had not been contacted about the lawsuit.

"Vodafone is aware that a law firm which is known for promoting class actions has repeated longstanding plans to proceed with action against us," it said in a statement.

"That firm has not contacted Vodafone directly about this since it first threatened action in 2010, nor has it sought to discuss the claims of any customers it represents in the class action with Vodafone.

"Vodafone would like to hear from any customer who has encountered difficulties with the network and we encourage customers, past and current, to contact us directly so that we can discuss ways to resolve any concerns they have."

Got a news tip for our journalists? Share it with us anonymously here.
Copyright © CRN Australia. All rights reserved.
Tags:
actionclasslawsuitpiper aldermantelco/ispvodafone