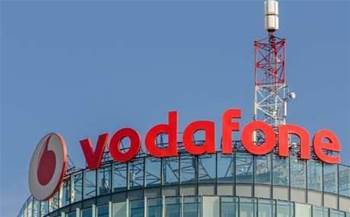 Bids to be first with voice over 4G.

Vodafone Hutchison Australia has chosen equipment vendor Ericsson to build its new core network, and plans to be Australia's first telco to offer voice services over a 4G network.

The partnership forms part of an effort by the telco to replace a network hobbled together as a result of its 2009 merger with Hutchison,.

The patched network was blamed for service issues resulting in a customer exodus following the 'Vodafail'' movement in 2010.

The deal will run for five years and is understood to be worth hundreds of millions of dollars.

The network overhaul will facilitate the introduction of voice over 4G (VoLTE) technology, which Vodafone will trial this year and launch in 2015. Mobile phone calls are currently done over 2G and 3G networks.

"The current 4G network's primarily focus is on providing faster data services. Customers have rapidly adopted 4G smartphones, which offer very fast data speeds. But no Australian network is offering voice calls on its 4G network, and our new core network will enable us to do that," Vodafone CTO Beniot Hanssen said in a statement.

The announcement is the latest in Vodafone's ongoing network and services investment effort, which has so far seen $1 billion spent each year for the last three years.

Vodafone recently announced it would re-allocate the 850MHz spectrum used for its 3G network to expand its 4G coverage, in order to reach a target of 4G coverage across 95 percent of the country's metropolitan population by the end of the year.

Telstra similarly recently chose to remain with Ericsson for its optical connectivity equipment, as the telco plans to develop software defined network capability as well as network virtualisation functionality (SDN/NFV) with the Swedish supplier.

Part of the deal includes Ericsson reselling US network vendor Ciena's Converged Packet Optical (CPO) products to Telstra, alongside collaboration on the development of a multi-layer wide area network controller.

The relationship was extended for three years at an undisclosed value.