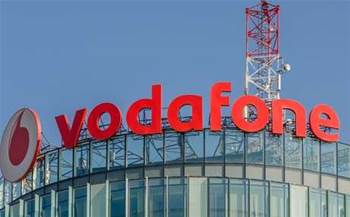 Vodafone has offered the Australian government more than half a billion dollars for a slice of the 700 MHz spectrum it declined to bid for in the Commonwealth's 2013 spectrum auction.

The telco's decision not to participate in the 2013 auction left Telstra, Optus and TPG to snap up almost $2 billion of the 700 MHz and 2.6 GHz bands on sale.

However, 30 MHz of the 700 MHz on offer was passed in, leaving the government holding around $1 billion worth of spectrum in the band.

At the time it said it intended to return the unsold spectrum to the market within the next few years, but after receiving no offers since the auction and going back to the market in 2014, it found there was no demand for the spectrum.

It revealed on Friday that it had now received an "unsolicited proposal" from Vodafone for 2 x 10MHz of the leftover spectrum at a cost of $594.3 million.

Vodafone would hold a licence for the spectrum for just under 12 years - rather than the standard 15 years, given the late start compared to its rivals - and it would pay the $594.3 million in instalments over three years.

"VHA is the newest entrant in the Australian mobile broadband market and currently has the smallest market share of the [mobile network operators]," the Communications department said in its consultation paper.

"The sale of spectrum to VHA should assist in facilitating VHA becoming a stronger competitor in the mobile broadband market in the long term. Stronger competition should deliver a range of benefits to consumers, such as lower prices, improved quality and coverage of services and technological innovation."

Telstra said it was concerned at the government's decision to likely accept the offer.

"There was a competitive auction in 2013 for this spectrum, which Vodafone chose not participate in," a spokesperson said.

"Despite being one of the world’s largest telecommunication companies, it is now trying to buy spectrum at a price we believe is below the market rate and outside a transparent competitive process."

Should the sale go through, the government will still be looking for a buyer for the remaining 10 MHz of leftover 700 MHz spectrum.

The government is taking submissions on Vodafone's proposal until June 3.

700 MHz spectrum was initially used for analogue TV and went live with 4G networks in December 2014 when Telstra and Optus switched on their first 4G services in the band.