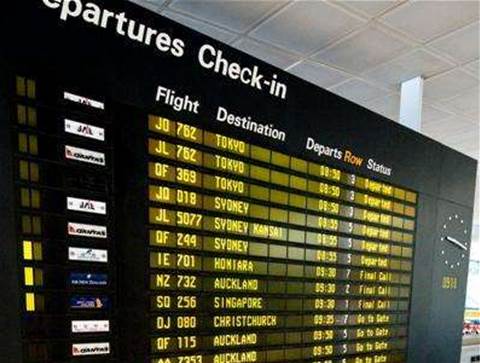 For UK, US and New Zealand.

Vodafone has launched a new global roaming offering which will allow customers to use the same text, data and calls in their normal plan overseas for an additional $5 a day when travelling to select countries, in an effort to combat global roaming bill shock.

Users travelling to the United States, United Kingdom and New Zealand will be able to access the same features in their Australian plan for an extra $5 flat fee per day.

Those who go over their normal plan allowance will be subject to the same limitations as they would be in Australia, Vodafone CEO Bill Morrow said today.

Any activity over the normal plan limit will be billed at Australian rates.

Morrow said Vodafone chose the US, UK and New Zealand as its three initial partners as they were the most popular destinations for Vodafone Australia customers travelling overseas.

Vodafone will partner with its Vodafone Group sister companies in the UK and New Zealand, and AT&T in the US. Morrow said in an area where any of Vodafone’s partner telcos did not have coverage, users would still be able to use their device.

It is looking at expanding the offering to other countries.

Vodafone will launch the plans in August. Users will not be charged the $5 for received text messages or unanswered phone calls which don’t go to voicemail.

The telco has been battling a slew of customer losses over the past few years. For the first half of this year it posted a loss of 551,000 users and $95.8 million for the six-month period.

Earlier this month the Australian Communications and Media Authority (ACMA) announced the International Mobile Roaming Standard 2013, which makes it mandatory for telcos to warn customers via SMS text messages that they face significantly higher charges for overseas roaming, would be phased in from September.

Optus in June announced global roaming charges would be capped at $500 per month.