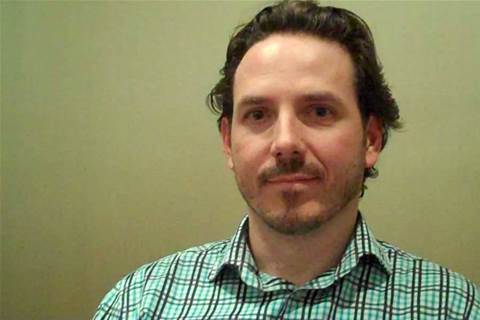 Vodafone has deployed salesforce.com’s enterprise collaboration tool Chatter to 4500 of its business and retail sales staff to avoid unsanctioned use of Facebook and Yammer.

Prior to the deployment, staff – especially ‘digital natives’ born after 1980 – were informally using social networks like Facebook and Yammer to collaborate on projects.

“There was a risk about who was in those groups, whether they were staff, exited staff, non-staff. We wanted to mitigate that risk.”

Elliott said he initially hoped to bring Vodafone’s business sales team onto Chatter as they were already heavy Salesforce CRM users. But the project was “low on their priorities list”.

Chatter finally got a foot in Vodafone’s door through the telco’s retail sales general manager, who was convinced to try the tool after salesforce.com introduced a free version.

Elliott said the telco now had a total of 4500 Chatter accounts, of which 800 had premium licenses and 3700 were free.

Vodafone’s director of customer operations, Cormac Hodgkinson, told the cloud vendor's Cloudforce Sydney conference this week that Chatter had had a “great effect” in its retail stores.

“With the enormous growth in smartphones and the complexity that that brings, the level of knowledge that is required [of customer-facing staff about] our products, services and phones is enormous,” he said.

“I think the next step for us is how we fully integrate Chatter across our business.

“Internally, our job is to provide the right information to our customers, whether that be through our customer-facing staff or directly. That’s where we will take it next.”

Vodafone was one of several high-profile salesforce.com customers – including the Commonwealth Bank, Spotify and Pitney Bowles – that spoke at the conference keynote session on Thursday morning.

Besides the CRM and Chatter, the telco uses salesforce.com’s social media monitoring tool Radian6, which Hodgkinson said was introduced to address a large volume of customer complaints some 18 months ago

According to Elliott, deploying Chatter across Vodafone was no great technical challenge.

“We engaged IT security and legal before we rolled it out,” he said.

“The security guys were … very happy with the security element of it and the risk that we were mitigating far exceeded any concern.

“You don’t have to integrate anything; this is cloud. Sure, I … bulk uploaded about 2500 retail staff [accounts] for the start. I also bulk assigned people to groups that we set up.

“But realistically, I did it all in less than a day … From an implementation point of view, it’s all about the [communications] process and literally nothing to do with the technical effort.”

Vodafone's salesforce.com CRM was integrated with its Oracle enterprise resource planning system for automated handset ordering, but Elliott noted that the cloud services could be integrated further with the telco's applications.

He suggested that the telco could extend its use of Chatter by enabling machine-to-machine posts and inviting business sales partners onto the network.

“There are different things that we could look at like machine-to-machine,” Elliott said.

“[Currently, when] we know that a system is down in a particular area, you can post that to Chatter feeds.

“For a nationwide company where very often, an outage may only be regional based ... if you can get machine-to-machine going, you’d be ten steps ahead.”