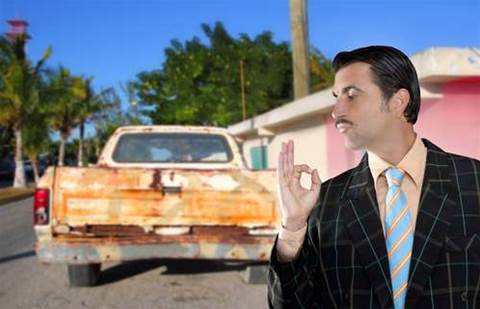 Dealing in "sugar hits" that wear off quickly.

NBN Co’s use of temporary discounts and waivers to change its prices are a “con” that result in little more than “sugar hits” for internet providers and end users, according to Vocus.

The telco - home to retail brands like Dodo and iPrimus - is backing concerns raised by the Australian Competition and Consumer Commission (ACCC) about the way NBN Co implements price changes.

Price-setting is a key part of the special access undertaking (SAU), the core regulatory agreement with the ACCC that sets the terms and conditions for NBN Co’s operations until 2040.

The SAU was meant to afford ACCC oversight of NBN price changes with a formal process required to make changes.

However, it also permitted NBN Co “to use temporary discounts to implement pricing adjustment to address short term challenges.”

The regulator said the constant discounts created uncertainty and “unnecessary risks that may ultimately be passed on to consumers, who may face higher prices and reduced quality and product offerings as a result.”

There has been industry discontent over the discounts - and particularly their retraction or replacement - for some time.

This has particularly been a problem for retail service providers (RSPs) addressing the entry-level market, where NBN Co used discounts and retractions to unsuccessfully push 12Mbps users up to more expensive services (whereas, in reality, it pushed some off the NBN altogether).

The end of one particular discount caused Vocus to axe 12Mbps sales entirely. Optus has similarly struggled to serve 12Mbps users as NBN Co chopped and changed discounts in the background.

NBN Co is now pushing what it calls a modified entry level bundle or M-ELB as a wholesale product that can support 12Mbps broadband users. Again, it relies on temporary discounts and waivers to function.

In a submission to the ACCC [pdf], Vocus savaged the discount regime and the M-ELB, saying the latter is unlikely to convince it to resurrect 12Mbps plans.

That could be a problem, given the Government wants to see unlimited 12Mbps plans in the market at a retail price point of $60 a month. NBN Co is decidedly less keen for that.

Vocus’ criticism is that any price discounts NBN Co comes up with typically have a short-term effect, and these can be even shorter than retail service providers (RSPs) and end users might ordinarily expect.

Vocus argued that customers still signed up to 12-24 month contract terms, but given NBN Co’s propensity to chop and change its prices, providers could be left managing “excessive grandfathered plans and variations in their systems”.

“In practice, the discounts lead to a temporary ‘sugar hit’ for RSPs and consumers,” it said.

“Customer experience temporarily improves but the ‘sugar hit’ or benefit disappears within six months as data usage grows and RSPs are then forced to grapple with margin loss and the need to maintain end user experience.

“The significant ‘con’ of NBN Co implementing changes by way of a partial waiver/discount is the uncertainty.

“There is always an end date to the discounts and this date is often changed compounding the challenge for RSPs in planning and managing costs.”

Telstra and Optus also called for an end to the use of temporary discounts.

“Temporary discounts and offers should be replaced with permanent, predictable pricing that provides RSPs with certainty and the incentive to compete,” Telstra said.

“Optus recognises that [discounts] may be a quick method through which NBN Co can introduce new pricing and products; however, it also enables NBN Co to withdraw these products at its own discretion,” Optus said.

“There is no requirement for [discounts] to apply for a term commensurate with consumer plans, and there is no option for grandfathering of services on those ‘withdrawn’ offers for a limited period beyond the expiry of the offer period.”

In its own submission, NBN Co disputes that it uses discounts outside the way they were intended to be used in the SAU.

It calls its use of discounts “dynamic and market-driven” and argues it is able to be more responsive by changing prices through discounts rather than more formal mechanisms.

NBN Co also claims that “there have been no adverse price shocks for end users as a result of this discounting approach”, though it is unclear how that fits with its attempts to squeeze broadband users out of the 12Mbps tier by withdrawing - and then reinstating - discounts.

It may also be that price shocks were absorbed by RSPs and not passed on, because RSPs had no other options available.

This appears to be the case when NBN Co decided to axe a connectivity virtual circuit (CVC) discount that was widely credited as keeping congestion at bay - only to reverse its decision.

“The rapid and unexpected reversal of NBN Co’s decision to remove [discounted] CVC pricing … [and then to] extend the discount by another 11 months caused severe business uncertainty and the necessity to rapidly and wastefully re-adjust business plans,” Exetel noted.