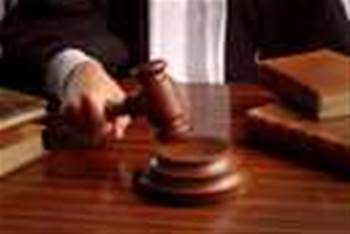 A Scottish man has pleaded guilty for crimes committed as part of his role in a gang, where he spread viruses and spied on people.

Matthew Anderson was a key player in the online m00p group, which sought to infect computers using viruses attached to spam emails, the Metropolitan Police said.

The 33-year-old franchise manager from Drummuir, Aberdeenshire admitted to helping write and spread the emails.

Once victims’ systems were infected by the specially-crafted viruses, Anderson was able to access private and commercial data stored on the computers.

Furthermore, Anderson could use the control he had on his victims' computers to activate their webcams and spy on them.

During the investigation, police discovered screen grabs on Anderson's computers taken from other people's webcams, along with private documents including wills, medical reports, CVs, password lists and private photographs.

“Matthew Anderson methodically exploited computer users not only for his own financial gain but also violating their privacy.”

He pleaded guilty at Southwark Crown Court to causing unauthorised modification to the content of computers, contrary to Section 3 of the Computer Misuse Act 1990. He is due to be sentenced next month.

The group had targeted hundreds of UK businesses since 2005 and an e-crime investigation was initiated by the Metropolitan Police and the Finnish authorities in 2006.

Two other men were arrested as part of the investigation, one released without any further action, while the other pleaded guilty in Finland in 2008 and received a custodial sentence of 18 days and a community service order.

“The internet means criminals have increased opportunities to commit crime internationally, however I'd like to reassure the public that the international law enforcement and anti-virus companies response is increasingly sophisticated,” Burls added.

“A complex investigation like this demonstrates what international cooperation can achieve.”

The police have had a number of successes this year in taking down cyber criminals, one of which busted open an operation suspected of using the Zeus Trojan for multi-million pound bank account theft.

Got a news tip for our journalists? Share it with us anonymously here.
Copyright © ITPro, Dennis Publishing
Tags:
guiltypleadssecuritysnooperspreadingvirus