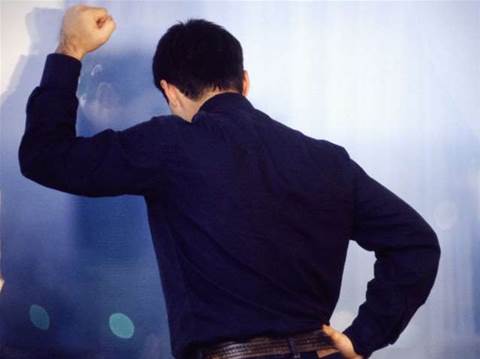 Virgin Blue customers caught out by a computer glitch that mistakenly upgraded them to gold frequent flyer status claim they will abandon the airline.

On Friday evening, customers of Virgin Blue's Velocity rewards program were emailed a message stating they had been upgraded to gold status.

An email sent approximately three hours later stated the upgrade was a mistake and said customers should "disregard" it. The email joked that Friday the 13th had struck.

A call centre representative blamed the IT department for the error. An official spokesman had been contacted for confirmation of the cause.

Velocity member, Jennifer, was critical of Virgin Blue's handling of the supposed error.

"The email saying it was an error was dismissive, rude and made a joke of the situation," she said.

That sentiment was shared by others, including fellow passenger Chris.

"I feel Virgin Blue handled this as a joke which really made me unhappy with this group," he said in an email to iTnews. "I am calling and cancelling my card and never flying with Virgin Blue or Virgin Atlantic again."

Others accused the airline of orchestrating the error.

"I think this was all a publicity stunt by Virgin as they are struggling," said one Velocity member, David.

Other members of the Velocity rewards program believed compensation was in order.

"I think the best marketing should do is send a complementary lounge voucher for the member + friend," said one customer, Matt. "It's some sort of compensation for the disappointment, plus shows people the sort of luxury they can anticipate when they do make gold, or join the lounge club."

Velocity member Stephen agreed: "They should be made to honour their commitments or give compensation," he said.

Velocity member Nick was the only Virgin customer who emailed iTnews' editors commending Virgin for their quick response to the error.

"When I read the retraction email... I was disappointed to learn that I was still only a silver member, but you know what, Virgin Blue give the best service at ridiculously cheap prices," said Nick.

"I'm still a winner and I still feel like Virgin Blue values the business that I do."