Video: IT jobs with a better vista 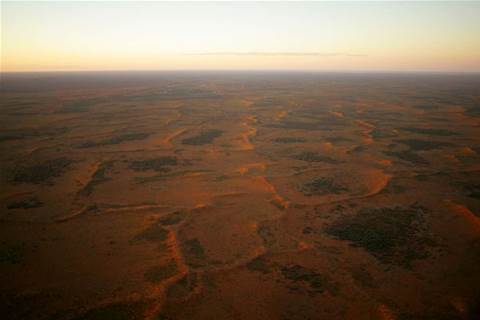 Stuck behind a service desk taking IT support calls?

You’re in the majority when it comes to the IT industry. Too many jobs tie you to the desk in windowless offices.

But there are IT jobs out there that offer a very different window onto the world. Darwin-based CSG's help desk technicians spend a few hours a day looking out the cockpit of a light plane.

The company, which services Northern Territory schools, health clinics and emergency services operations across a vast expanse of Australia, has a fleet of four light planes for a schedule of servicing and break fix of ICT equipment in remote communities.

The company has provided desktop and network management support to various departments within the Northern Territory Government for several years.

According to CSG CIO Trevor Oliver, the company’s founder conceived the idea of flying in service technicians whilst touring some remote sites with one of his Government customers, and decided to acquire a fleet of light planes.

Oliver said the company has got its scheduling to the point where it is now cheaper to roll out and service technologies in remote communities via aircraft than taking to the roads.

“There is also a huge difference between owning your own fleet and wet charters,” Olivier told iTnews.

“Wet charters you have to pre-book. We have the flexibility to change where we are going at the drop of a hat.”

The service is available to around 90 communities, the smallest being Kianna station which conducts distance education for just five kids, and some the largest being towns like Wadeye and its 3000 to 4000 residents.

“Towns like Wadeye have no road access three or four months of a year, the only way in during the wet is a plane or a barge,” Oliver said. “But the schools still might have 800 kids, that’s as many as any city schools.”