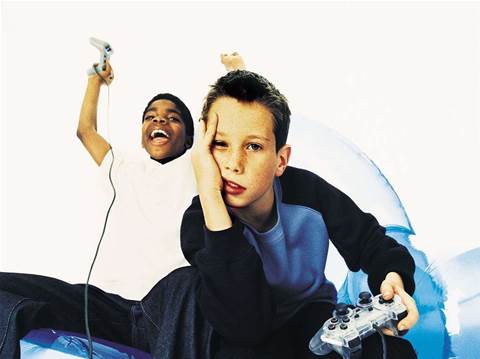 The video game, designed by McGill University researchers to help train people to change their perception of social threats and boost their self-confidence, has now been shown to reduce the production of the stress-related hormone cortisol.

“We already knew that it was possible to design games to allow people to practice new forms of social perception, but we were surprised by the impact this had when we took the games out of the lab and into the context of people’s stressful lives,” said McGill psychology professor Mark Baldwin.

Baldwin and his team – McGill PhD graduates Stéphane Dandeneau and Jodene Baccus and graduate student Maya Sakellaropoulo – have been developing a suite of video games that train players in social situations to focus more on positive feedback rather than being distracted and deterred by perceived social slights or criticisms.

The games are based on the emerging science of social intelligence, which has found that a significant part of daily stress comes from our social perceptions of the world, Baldwin explained.

In a 2004 study of 56 students, a standard reaction-time test showed that the game, called The Matrix, helped people shift the way they processed social information. The researchers next conducted several studies to see whether the effects of the game would translate into lower stress levels in a high-pressure context.

In one of their recent studies, they recruited 23 employees of a Montreal-based call centre to play one of their games, which involves clicking on the one smiling face among many frowning faces on a screen as quickly as possible. Through repetitive playing, the game trains the mind to orient more toward positive aspects of social life, said Baldwin.

The call-centre employees did this each workday morning for a week. They filled out daily stress and self-esteem questionnaires and had their cortisol levels tested through saliva analysis on the final day of the experiment. These tests showed an average 17 per cent reduction in cortisol production compared to a control group that played a similar game but without the smiling faces.

“There are many possible applications for this kind of game,” said Baldwin, “from helping people cope with the social anxiety of public speaking or meeting new people, to helping athletes concentrate more on their game rather than worrying about performing poorly.”
Got a news tip for our journalists? Share it with us anonymously here.
Copyright ©v3.co.uk
Tags:
beat game hardware helps players stress video