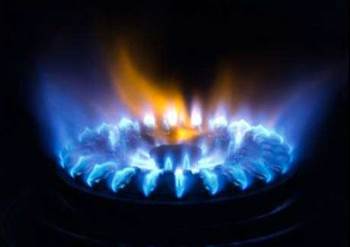 Victoria’s gas utilities have laid out their major IT projects for the next five years as they seek regulatory approval for a combined $180 million in planned capital expenditure.

Filings to the Australian Energy Regulator reveal Australian Gas Networks (AGN) is asking for approval for $63.5 million worth of ICT capex, while AusNet plans $60.27 million, Multinet Gas $48.8 million and APA Group $7.2 million in ICT spend between 2018 and 2022.

AGN’s ICT projects mirror those it is already pursuing in South Australia. They include application and infrastructure renewals, mobility, business intelligence and “digital” channel enhancements to improve customer service.

AusNet has two broad focuses for its planned ICT investments: to consolidate systems into an existing enterprise asset management (EAM) system, and to create “a single source of truth and end-to-end process view”.

It is also budgeting for “prudent lifecycle refreshes” across most types of IT equipment, as well as for automation of systems that manage its network assets.

Multinet is coming off a heavy period of IT system investment following “several years of underinvestment” it says.

Its spending for much of 2018-2022 will “focus on maintaining [its] systems at industry standard”, although it has also earmarked 2022 for a major core SAP upgrade.

“SAP has stated that it will withdraw support for the current version of the current systems in 2025,” Multinet noted.

“Commencing the project in 2022 is prudent given the complexity of the upgrade. By that time, the systems will have been in operation for almost ten years.”

APA Group’s planned $7.2 million spend will mostly go toward infrastructure and application renewals, though it plans to also create a business intelligence dashboard for its transmission systems data, which will replace the current “Excel-based dashboard”.

The spending proposals of the four will now be subject to a consultation process, including a presentation by all four in Melbourne on February 1.

The proposals, known as “access arrangements”, are periodically sought by the AER to enforce economic regulation of the cost of energy to Australians.