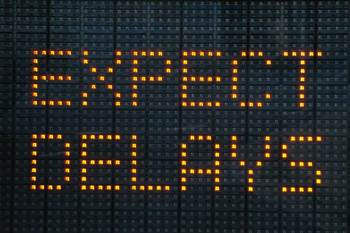 Delays procurement due to "unforeseen circumstances".

The Victorian government has delayed plans to create a digital marketplace for highly scalable and flexible IT procurement, citing “unforeseen circumstances”.

The marketplace is expected to allow agencies to buy products and services under already established panel arrangements, with a focus on “highly scalable and flexible” procurements.

The proposal emerged after DPC – before the creation of Digital Victoria – planned to merge the eServices Register with the IT Infrastructure Register under a project called the reform agenda.

As reported by iTnews, Digital Victoria intended to approach the market within the quarter to establish the marketplace.

But the plans have now been pushed back, with the advanced tender notice withdrawn late last week.

“Due to unforeseen circumstances, the program release date will be delayed,” Digital Victoria said in an update.

“As a result, the invitation to supply and the industry briefing will be placed on hold until further notice.”

A spokesperson for DPC told iTnews there had been “no change” to plans to establish the marketplace, but that the procurement had been pushed back to later in the year.

“A tender for the establishment of the marketplace is expected to be issued later this year,” the spokesperson said.

The delay comes as the government continues to looks for ways to make it easier for agencies to source digital products and services, and overcome blockages experienced by businesses.

In last year’s digital strategy, the government said there were a “lack of structures for repeated, effective partnership with other organisations to jointly achieve government objectives”.

“Digital platforms, which are the entry point into government procurement, can be difficult to engage with,” the strategy stated.

“Some organisations can find it too complex to procure business from the Victorian government as it erodes the value of participating.”

Updated at 4:36pm to include DPC statement