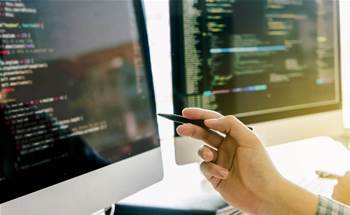 The Victorian government has made it easier for developers to consume public datasets through a new whole-of-government API portal.

The developer.vic portal, which was quietly launched as a beta release this quarter, has been created to increase the use of government APIs in the development of product and services.

The dedicated entry point is supported by the government’s API gateway, which started life as a pilot platform in the Department of Health and Human Services back in 2016.

The gateway has been created to improve the slow, costly and complex process of sharing data across government, which is currently done using methods like email and file transfer.

It is already being used within government for particular use cases, including implementing the information sharing action items from the high-profile Family Violence Royal Commission.

However the new portal will take the gateway one step further by giving developers across both the public and private sectors secure access to a catalogue of government APIs.

It also allows information to be securely accessed directly from source systems in real-time and in a common format.

While the catalogue of public APIs will initially be limited, some of the agencies to make datasets available through developer.vic include VicRoads and Ambulance Victoria.

The portal also contains standalone APIs such as the Environmental Protection Authority’s AirWatch API which provides access to all air quality data collected by the agency.

However the government said the catalogue of services would grow over time.

A separate ‘API Factory’ tool has also been established for internal government use to accelerate the process of creating and publishing APIs on the gateway and portal.

The government said this was particularly aimed at agencies that otherwise lack the ability to design, build and deploy APIs using standardised processes.