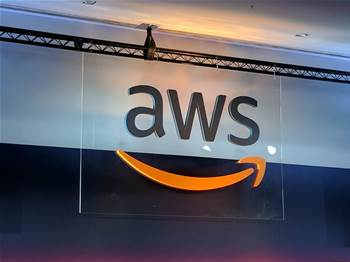 The Victorian government has entered into its first state purchase contract (SPC) with Amazon Web Services, as it looks to become “cloud by design” for infrastructure and platforms.

The three-year agreement, which replaces a 2014 enterprise agreement with the hyperscale cloud provider, gives all agencies a standardised way to buy more than 200 AWS cloud services.

Local councils, administrative offices and other government-owned entities will also be able to access the SPC and the standardised terms and conditions that come with it, even if through a reseller.

According to the Buying for Victoria procurement website, the contract came into effect in late November 2021 – around the time that the state’s 2021-2026 digital strategy was released.

But a spokesperson for AWS told iTnews that "customer affiliates" only entered into contracts under the SPC – the company's first with the Victorian government – at the start of June.

"The new arrangement will facilitate streamlined and consistent contracting for all eligible Victorian government agencies," the spokesperson said.

"The centralised agreement will help agencies save costs from the day they sign up due to the economies of scale achieved from the aggregated procurement."

The spokesperson would not comment on the value of the agreement, which is "commercial in confidence".

“AWS has many state and local government agencies among its customers in Victoria, and this new agreement will provide them with streamlined access to cloud services,” he said.

Five of the state’s nine government departments are said to already be taking advantage of the new contract since November, though it is not clear if they also made use of the former agreement. The spokesperson declined to comment.

Under the strategy, the government will become “cloud by design” for platforms and infrastructure, and only invest in on-premises infrastructure as a last resort.

“This agreement helps accelerate delivery of those [digital strategy] outcomes by enabling Victorian government customers to innovate faster on behalf of citizens of Victoria,” Rouse said.

“This includes using machine learning and artificial intelligence at the Department of Land, Water and Planning, which is modelling bushfire behaviour to help reduce risk to life, property and the environment.”

Rouse also noted Jobs Victoria’s use of Amazon Textract to automate the processing of wage slips during Covid-19.

The SPC with the Victorian government comes less than six months after AWS renewed its cloud sourcing arrangement with the federal government at an initial cost of $174.1 million.

Last month, AWS also inked a megadeal with the NSW Department of Customer Service for $57.6 million over three years.

AWS is planning to launch its second Australian cloud infrastructure region in Melbourne before the end of the year.

“Having a second region within the country provides additional IT architectural options for our local customers – including the ability to store backup data in geographically separated locations within Australia, which is crucial for services such as emergency management,” Rouse said.

“It also boosts cloud performance while creating jobs through the construction phase and into ongoing operations.”