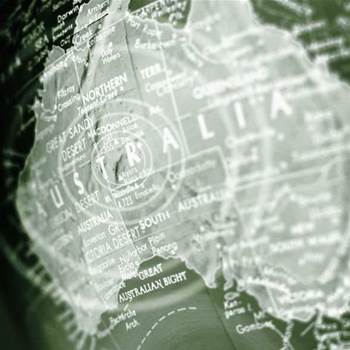 Paper and floppy disks stand in the way of efficient data handling.

The Victorian Government has renewed its long-standing relationship with Logica for spatial data services with a three-year, $5 million contract that tightens the British IT service providers' grip over the state's smart grid rollout.

Logica, which has provided such services to the Victorian Government for 15 years, will continue collecting and storing spatial data from local councils and surveyors, validating it against business rules and returning it to the Victorian Department of Sustainability and Environment.

The service provider that has another map contract with the State won the deal after a competitive tender process that emphasised its skills and history dealing with the sensitive data, said Logica practice manager of enterprise asset management Bruce Murnane.

And although councils were standardising on electronic lodgement some raw data still arrived on floppy disks and paper.

"In many cases the data is lodged through [the department] and sometimes we have direct relationships with land surveyors," Murnane said.

"The larger files come in digital form and we still get many pieces of paper; varying paper and digital formats are supplied by local councils."

He said electronic lodgements through the Government's SPEAR program reduced costs and sped the supply of data; Logica must turn around the data within five business days, a halving of the time it took under the old contract, Murnane said.

This data was provided to map data service providers and the states through their Public Sector Mapping Authority joint venture and was the basis for popular services such as Google Maps.

Logica was a key provider of skills and technologies to the global utility sector and the author of Australia's first survey of attitudes to smart grid and advanced meters.

The spatial data contract allows it to maintain staff in Melbourne that were critical to its ambitions to provide technologies and services to the Victorian and other state governments as they advanced their smart grid projects over the next decade.

"The reality is [the map contract] provides employment for a good bunch of people and we like these long-term contracts," Murnane said.

"We see the spatial component of our business as a critical, fundamental technology skill especially if you think about the smart grids and not just in electricity but in smart transport.

"From an application perspective we have a mix of people - we do work in electricity, water and the gas industry around spatial things but at the end of the day we have a broader base of skills."