Victoria Police gets a new CIO 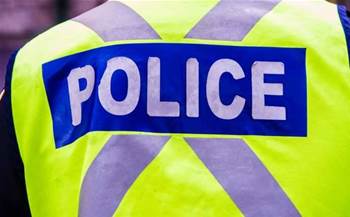 Victoria Police CIO Wendy Steendam has been promoted to the second rung of the force's leadership, leaving Jack Blayney to pick up her duties heading the strategic IT arm of the organisation.

In an almost exact swap in duties, Steendam will rise into a deputy commissioner capability role that was created to replace the strategy role previously occupied by Lucinda Nolan.

Blayney, who had been acting as deputy commissioner of strategy since January following an executive restructure triggered bt the sudden departure of chief commissioner Ken Lay, will now take over the CIO role.

New Victoria Police chief Graham Ashton thanked Blayney for his time as acting DC and talked up Steendam’s 30 years with the force.

“Victoria Police has many challenges and competing priorities, both now and in the years ahead, including counter terrorism, family violence, road safety, organised crime and achieving the vision outlined in the blue paper,” he said.

“I’m confident the organisation is in good hands to rise to these challenges and continue to serve and protect the Victorian community.”

Blayney - who also boasts a long term of service in the state’s police force - will now take on one of the most challenging IT environments in the country.

Victoria Police is continuing to push forward with its policing information process and practice (PIPP) reform program, which includes the replacement of the force’s troubled LEAP crimes database after two aborted attempts.

The importance of technology to the force is reflected in the ascension of the relatively new CIO role to the executive table of the Victoria Police - the only assistant commissioner to have a seat.

Blayney will report to another newly-appointed deputy commissioner, Shane Patton, but is likely to continue to work closely with Steendam, who has been handed responsibility for implementing Ken Lay’s ambitious blueprint for the future of Victorian policing.

The so called “blue paper” placed a huge amount of emphasis on device-enabled policing, and freeing officers from “20th century technology” like the LEAP system.

The promotions take effect on 7 September 2015.