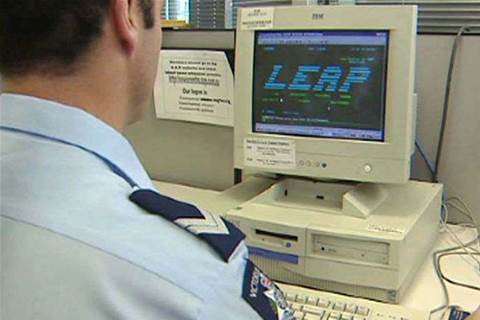 Victoria Police has extended the shelf life of its notorious LEAP core crimes database by another seven years after tweaking the software to let cops directly enter records into the system digitally.

The law enforcement assistance program (LEAP) system has been a thorn in the side of the force since it first tried to update the mainframe technology in 2006.

But after it became apparent the project would cost $100 million more than expected, the upgrade was cancelled five years later and $45 million in.

The state has been left gun shy by the failed effort, leaving a much-needed LEAP replacement out of its policing information process and practice (PIPP) technology reform program funded in 2013 - despite former police chief Ken Lay imploring the force to upgrade to a modern platform.

While other states and territories have modernised their mainframe databases, Victorian officers have been left faxing incident reports to a central data entry bureau because they can't input information from their own desktop machines.

Over the past few years the agency has been gradually introducing direct entry capabilities to the system, division by division, and upgrading the infrastructure supporting LEAP and its linked Interpose intelligence database to keep them operating while it decides what to do in the longer term.

In its 2015-16 annual report, published this week [pdf], Victoria Police revealed these tweaks to LEAP had given the system as much as seven years extra useful life.

Last year it had estimated LEAP’s useful life to be somewhere between one and five years, but has now extended out the maximum forecast to 12 years.

As a result of upgrades to its LEDR Mk2 (LEAP electronic direct reporting) application over the past year, all frontline police can now digitally enter crime and event reports directly into the database.

This function will prove its worth when the force hands frontline officers the 8500 smartphones and tablets it went to market for in July. The first instalment of up to 400 devices is expected to be delivered by later this year or early next.

The devices are expected to save officers 30 minutes per eight-hour shift by removing the need to go back to base and fill out reports by pen and paper.

Victoria Police also completed an upgrade to its Interpose investigation management system in June to give the system greater stability and make the path to future enhancements smoother.

The state government has given the agency funding to conduct a proof of concept that will help determine how a LEAP and Interpose replacement might look.

“Ongoing and reliable access to these systems is essential for every component of police service delivery,” the force said in its annual report.

“Further ongoing work will include independent assessment of the systems to ensure their ongoing sustainability.”