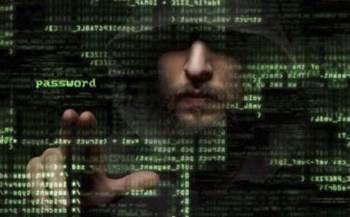 The CSIRO's digital research unit Data61 has opened the doors to its new national cyber security centre in Melbourne, situated alongside IT security experts from Oxford University and the state government.

It marked the introduction of Oxford University's first ever international office.

The Victorian government at the time announced the GCSCC would be co-located with a new Oceania Cyber Security Centre (OCSC), which brings together eight Victorian universities as well as the Defence Science Institute and private sector organisations.

Both the GCSCC and OCSC will conduct audits of national cyber security risks and capabilities, carry out research, and work with private sector partners to reduce security risks.

The Victorian government today declared the new facility officially operational with the opening of the Data61 hub. The centre will staffed by 140 workers, positions which will be filled over the next three years.

Australia Post, Optus and PriceWaterhouseCoopers have come on board as Data61's first private sector partners.

Victoria sees cyber security as a growth opportunity that could combat its disintegrating traditional manufacturing sector.

State innovation minister Phillip Dalidakis has previously detailed his ambition for Victoria to become known for its cyber security excellence.

“This new cyber security hub will help us better collaborate with the industry’s best to produce products that will help protect our digital economy in the future," Dalidakis said in a statement today.

The state has firmed as the favourite in a battle with Sydney to host the federal government's $30 million national cyber security growth centre, announced as part of its national innovation and science agenda earlier this year.

The centre will be led by the private sector and faciliate cyber security research and development. Data61's Turner and co-chair Doug Elix were appointed as the centre's joint chairs in April.

The opening of the new facility today follows NBN Co's decision to base its national cyber security headquarters in Melbourne, joining the likes of Telstra and three of Australia's three top banks to base such operations in the state.